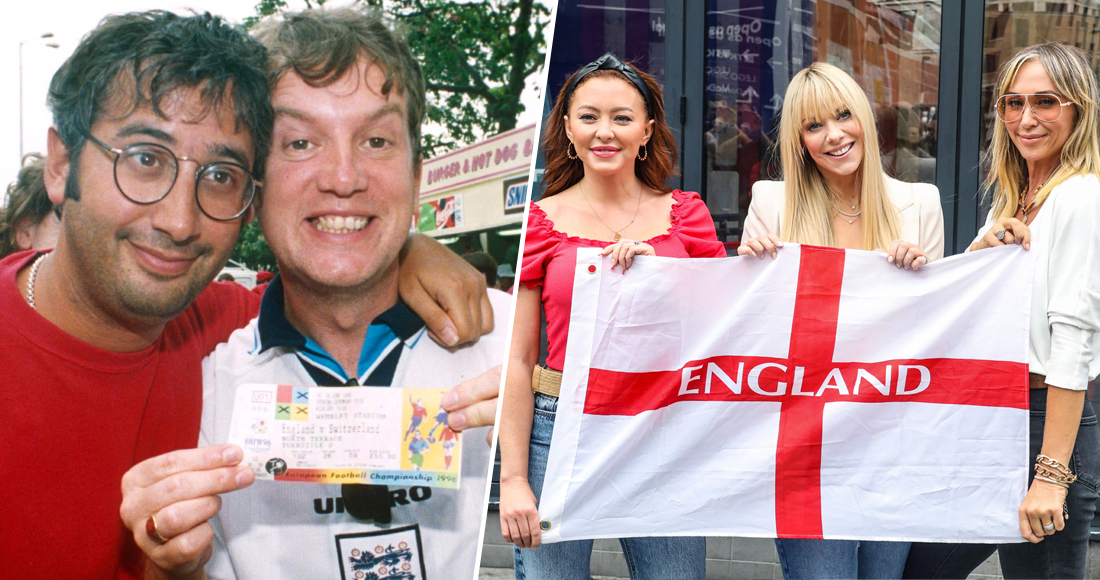 As football fans gear up for England’s EURO 2020 final against Italy tonight (July 11), football anthems old and new from Baddiel & Skinner and The Lightning Seeds, Atomic Kitten and Neil Diamond are heading for chart success, as revealed on today's Official Chart: First Look.

1996 classic Three Lions leads the way, going in at Number 3 after the first two days of the sales week. The former Number 1 is the fourth most downloaded song of the week so far and the second-most streamed, clocking up 2.17 million plays so far.

Atomic Kitten’s reworking of their 2001 chart topper Whole Again titled Southgate You’re The One (Football’s Coming Home Again) could give them their first Top 40 single in 16 years. After debuting at Number 86 last week based on three days of sales, the song is at Number 10 today following promotion that included performances on Peter Crouch’s Year-Late Euros: Live and Loose Women.

An artist who has waited even longer for a Top 40 return is Neil Diamond. His legendary sing-a-long staple Sweet Caroline could mark his first Top 40 hit since Morning Has Broken topped out at Number 36 in November 1992. Peaking at Number 8 back in March 1971, Sweet Caroline is currently at Number 13 and may well claim a new best placement if football does well and truly come home.