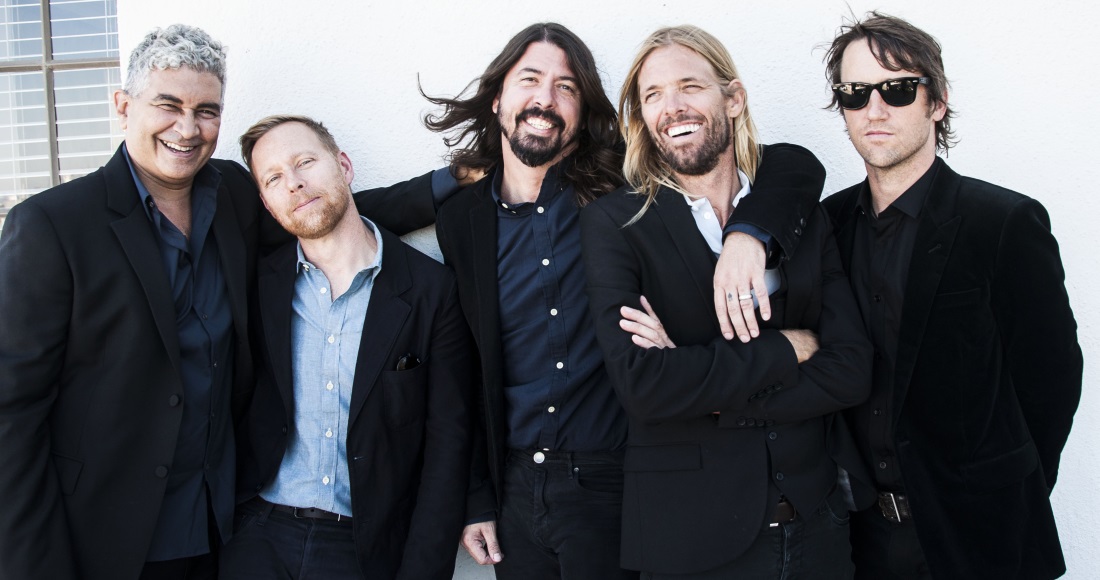 After the sad news over the weekend that Taylor Hawkins, the drummer for Foo Fighters, has died aged 50, the iconic rock band re-enter the midweek Official Albums Chart Top 5 with their Greatest Hits collection.

Following an influx of sales and streams, their Greatest Hits compilation is currently riding at Number 4 midweek and is the UK’s second most-streamed album of the week so far. Foo Fighters’ 2006 live LP Skin and Bones is also on course to re-enter the Top 40 this week at Number 36.

Foo Fighters have enjoyed huge chart success in the UK across their career with five Number 1 albums and four Top 10 singles to date.

Taylor Hawkins joined as a member of Foo Fighters in 1997, and recorded eight studio albums with them before his death. Before this, he was best known as a touring drummer, who worked with Alanis Morrissette around the release of her landmark Jagged Little Pill.

Following the confirmation of his death, Hawkins was mourned at large by the rock music community. Tributes flooded in from acts as varied as Miley Cyrus, Travis Barker and Elton John.

In a statement, Foo Fighters – Dave Grohl, Nate Mendel, Pat Smear, Chris Shiflett and Rami Jaffee - said: “The Foo Fighters family is devastated by the tragic and untimely loss of our beloved Taylor Hawkins. His musical spirit and infectious laughter will live on with all of us forever.

“Our hearts go out to his wife, children and family, and we ask that their privacy be treated with the utmost respect in this unimaginably difficult time.”