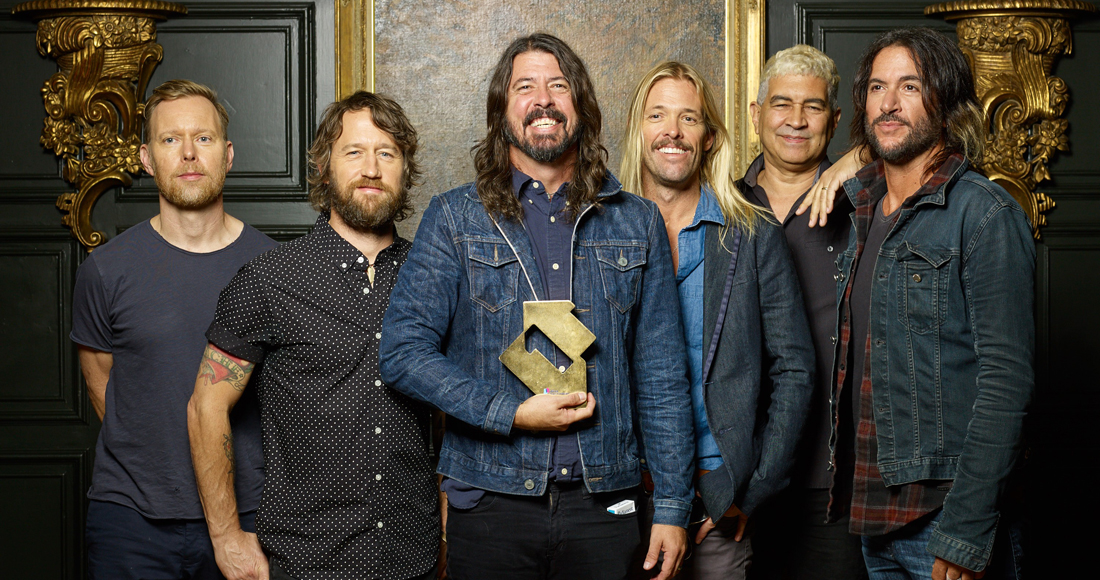 For more than a quarter of a century, Foo Fighters' ebullient punk energy has been a joyous and, in recent years, reassuring presence in the world of alt-rock.

Rising from the ashes of Nirvana in 1994, few could have predicted the band's drummer Dave Grohl would go on become one of the world's most successful rock stars.

As the band release their landmark tenth studio album, Medicine At Midnight, below we reveal Foo Fighters' biggest records on the Official UK Albums Chart.

Produced by the band alongside Nirvana collaborator Butch Vig, Foo's seventh album was recorded in Grohl's garage in a bid to recapture the low-slung grittiness of their early work. The result, according to critics, was their best work yet; its back-to-basics production and life-affirming lyrics a return to what the band do best. The album's lead single Rope is Foo's most recent UK Top 40 single, landing at Number 22.

Often cited as Grohl's favourite Foos album, There Is Nothing Left To Lose was the band's first dabble in experimenting with their sound after four non-stop years of global success. The focus on melodies and vocals - along with a huge marketing push from their new label RCA - placed Foos in their most commericially friendly light yet. Lead single Learn To Fly and follow-up Breakout were both Top 40 hits, while the record won a Grammy for Best Rock Album.

The second Foos albums is technically their debut as a band, their 1995 eponymous debut recorded largely by Grohl solo. Guitarist Pat Smear, bassist Nate Mendel, and drummer William Goldsmith were brought on board to create a fully-fledged rock band - and the resulting album immediately set them leagues ahead of their competition.

For their sixth album, Grohl worked with producer Gil Norton (Pixies, Maximo Park) on a record that drew inspiration from the birth of his daughter, revealing that he "sat in the back of the studio and just wrote every day for about 14 hours a day." Critics praised the album's emotional punch as reminiscient of Nirvana's early work, though some missed their usual irrepressibly exuberant sound. Regardless, it won them a Grammy for Best Rock Album and a nomination for Album of The Year, as well as Best International Album at the BRIT Awards.

The band's second biggest album is often described as their magnum opus; a record that proved Foo Fighters, at this point ten years into their career, were fully reinvigorated and consistently great. Split into two discs - one speaker-blasting rock and the other quieter, less-favourably reviewed acoustic songs - In Your Honor finished as the world's second best-selling album of 2005. In the UK, it peaked at Number 2, landing behind Coldplay's X&Y - the world's top seller that year.

The journey of recording One By One was one of the most rocky for the band, with tensions between members resulting in the discarding of their initial ten demos and taking an extended break, during which Grohl became a drummer for Queens of the Stone Age on their tour. When they regrouped, the magic had returned, resulting in what Grohl described as "11 tortured love songs". The album's singles are among their most popular tracks today: All My Life (5), Times Like These (12), Low (21), and Have It All (37) all landed in the UK Top 40. Despite the band not being entirely happy with the results, it takes the honour as their biggest studio album in the UK.