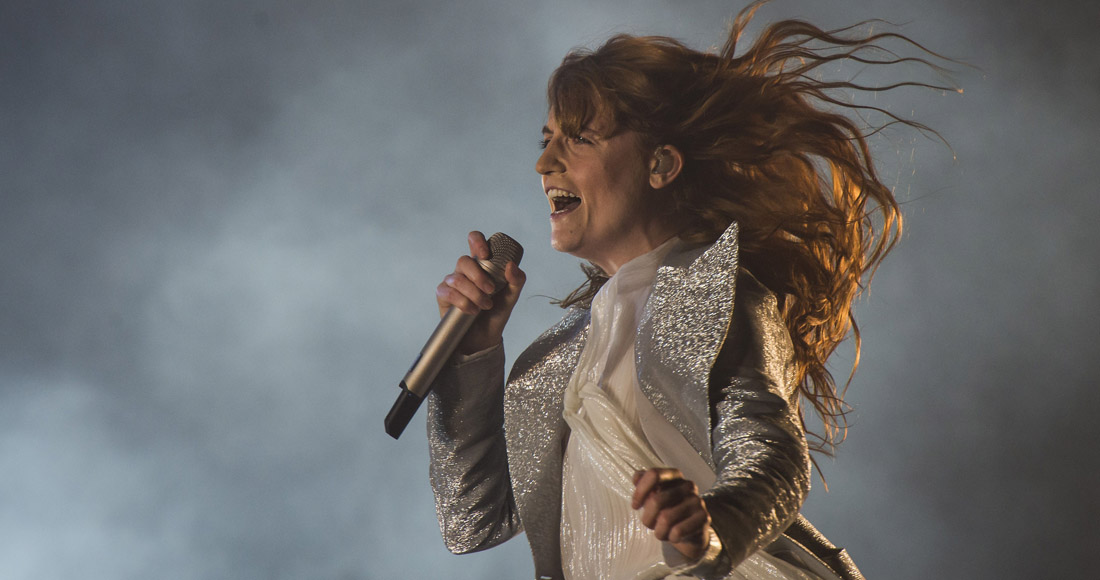 Florence + the Machine have reclaimed the top spot on this week’s Official Albums Chart.

Florence’s third album How Big, How Blue, How Beautiful returns to Number 1 after a two-week break following her triumphant performance at Glastonbury on Friday night, which saw her step up to headline the Pyramid Stage.

How Big… leapfrogs midweek leaders Wolf Alice, who land at Number 2 with their debut album My Love Is Cool.  It was a close race to the top this week, with the band finishing just 528 combined sales behind Florence.

Meanwhile, Muse’s Drones drops to Number 3, Taylor Swift’s 1989 is back in the Top 10 at 4 following her string of UK shows this week, and Ed Sheeran’s x holds at 5.

Elsewhere in the Top 10, Everything Everything earn their second Top 10 album with Get To Heaven, which enters at 7, and Atlanta gospel-soul singer Leon Bridges lands at 8 with his debut LP Coming Home.

US country singer Kacey Musgraves is new at Number 11 with her second album Pageant Material, Mika scores his fourth Top 40 with No Place In Heaven (19), and Jungle’s self-titled debut re-enters the tally at 31.

Finally, US rock band Breaking Benjamin land at 34 with Dark Before Dawn, heavy metal supergroup Lindemann are new at 35 with Skills In Pills, and The Jam’s About The Young Idea – The Best Of… finishes at Number 36.