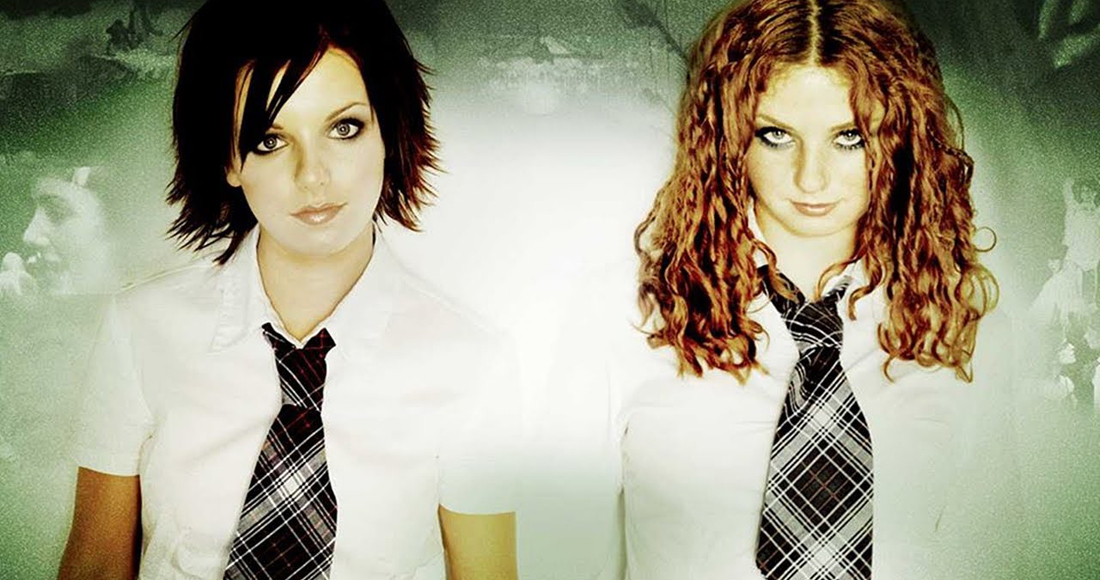 Remember when t.A.T.u ruled the charts? Twelve years ago today the controversial duo were staying put at Number 1 with their energetic debut All The Things She Said.

Lena Katina and Yulia Volkova were not your average popstars. The fact they were from Russia was unusual enough for an act getting to Number 1 in the UK, but they had plenty of other tricks up their sleeves to make sure you never forgot them. Fond of dressing up in school uniforms and also snogging – usually only when a camera was pointed at them, of course – the ladies enjoyed a month-long run at the top of the Official Singles Chart.

Today in 2003, they were stetting pretty for a third week, meaning it was bad news for fame Academy contestant Sinead Quinn. The Irish singer had come second in BBC talent show Fame Academy, losing to Scottish singer-songwriter David Sneddon (himself knocked off the top by t.A.T.u and at Number 10 this week in 2003). David had scored a chart-topper with his launch single Stop Living The Lie, and Sinead had high hopes she’d do the same with self-penned I Can’t Break Down.

Sinead was no match for the t.A.T.u phenomenon, however. Produced by the legendary Trevor Horn, the dramatic All The Things She Said was a huge success. The track finished as sixth bestselling single of 2003, shifting over 330,000 copies that year. In total, it’s sold over 440,000 copies in the UK.

So Sinead and t.A.T.u were occupying the top two spots, but what about the rest of the Top 10? Let’s delve into the archive…

3: Justin Timberlake – Cry Me A River

A second solo Top 10 for the former N Sync heartthrob, peaking at Number 2 with this bittersweet revenge track for an ex. The video caused some serious gossip thanks to the heartbreaking model bearing more than a passing resemblance to a certain Britney Spears. Cry Me A River has sold over 365,000 copies in the UK.

A debut solo hit for Destiny’s Child’s Kelly, who had scored a Number 1 in 2002 thanks to her collaboration with rapper Nelly on the brilliant Dilemma. The track had peaked at Number 2 and would be followed by another seven Top 10 hits for the future X Factor judge.

Former All Saints, and sisters, of course, Nicole and Natalie Appleton continued their post-band career with a second Top 5 hit. It would be their last as a duo, but they would be back, Back! BACK!! a few years later with All Saints and a new hit Rock Steady.

7: Daniel Bedingfield – If You’re Not The One

A fourth week at Number 1 for Clean Bandit FT Jess Glynne and Rather Be, meaning disappointment for Zedd FT Hayley Williams, new at Number 2. See the full Top 40 from this week in 2014 for new entries from David Guetta, Le Youth, Dapper Laughs, Ellie Goulding and Nina Nesbitt.