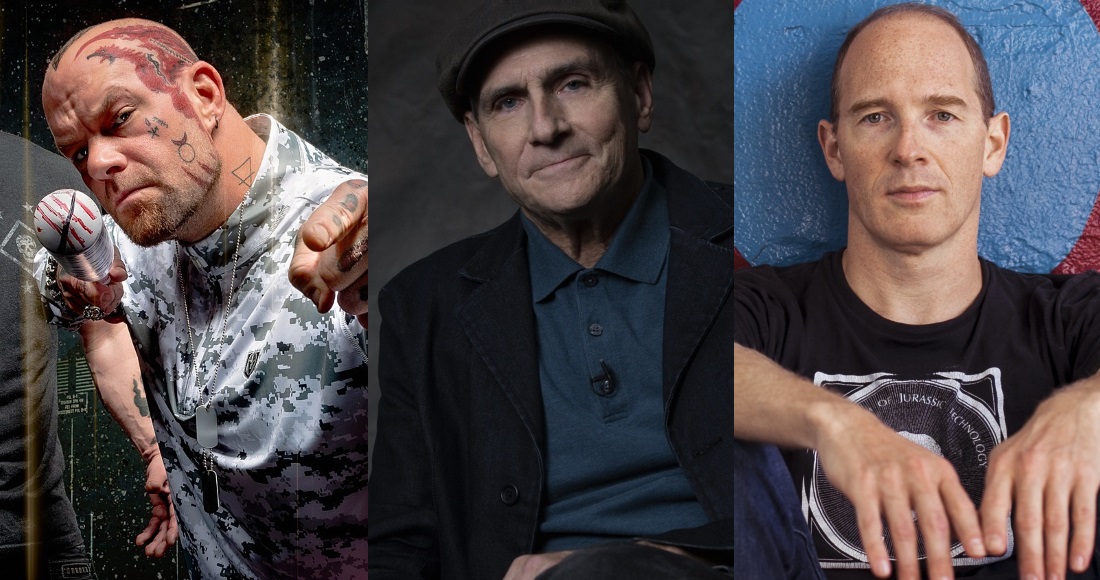 Lewis Capaldi may be on track to topple reigning chart champs, BTS, with Divinely Uninspired To A Hellish Extent, but straight in behind at Number 2 on today’s Official Albums Chart Update are Five Finger Death Punch.

The heavy metal group have scored the most downloads of the week so far with their eighth studio album F8 and are on course for their highest charting album ever in the UK; the Nevadans’ personal best so far was with Got Your Six, which peaked at Number 6 in 2015.

BTS remain in the mix with last week’s chart topper Map of the Soul: 7, down two places currently to Number 3, and in at Number 4 midweek is the legendary James Taylor. The folk singer’s first album in over four years American Standard is on course to become his fifth UK Top 10 album, and has the most CD sales this week.

Electronica musician Caribou is also set for a high new entry with fifth studio album Suddenly. The best-seller on vinyl across the first three days of the chart week, Caribou enters at Number 5 midweek. The Canadian previously reached Number 8 with his 2015 record Our Love. See all of Caribou's albums and where they've charted in the UK.

US rapper Lil Baby is charging towards his first UK Top 10 with second studio album My Turn at Number 7, while Yorkshire indie rockers The Orielles are on the cusp of their first Top 40 with Disco Volador at Number 15.

After Mabel’s new single Boyfriend was added to the streaming edition of her debut album, High Expectations is up eight to 16 so far this week, while Gladys Knight & The Pips hits collection Gold is at 27.