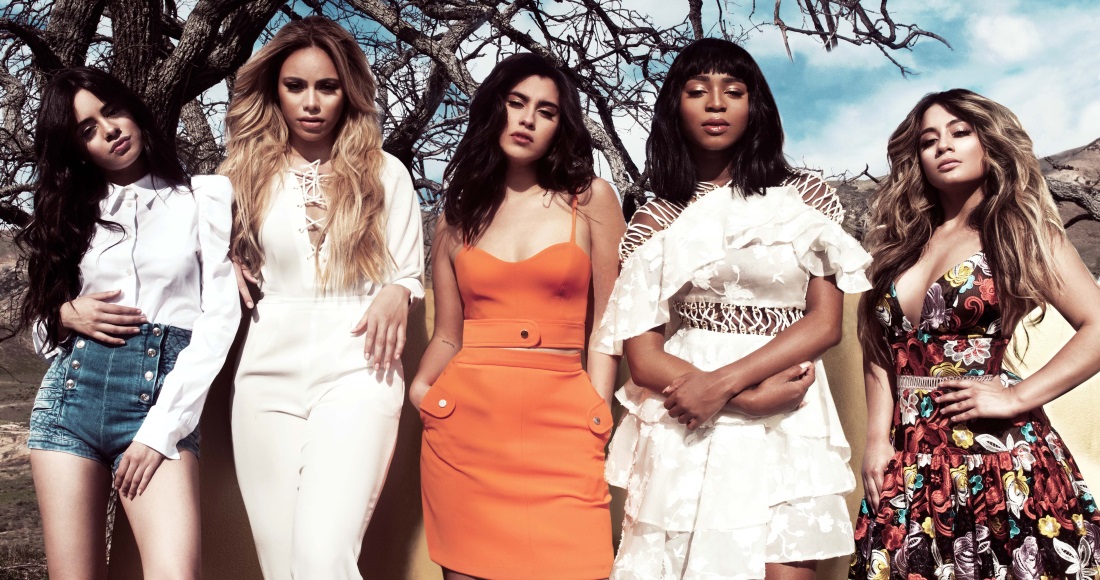 As well as making girl groups a thing again in America, Fifth Harmony have officially taken over the world with their latest album 7/27.

We caught up with members Normani and Ally as they wrapped up the European leg of their world tour in Amsterdam to talk about life on the road, fellow all-conquering girl group Little Mix, and what the future holds for Fifth Harmony...

Hello Normani and Ally! You're in Amsterdam at the moment on tour; how's life on the road?

Ally: “It’s been a long tour for sure, and it’s had its ups and downs, but it’s been good. The fans love it and we love seeing our fans, they’re so incredible. Some of them we’ve seen for the first time which is such an amazing feeling for sure. We don’t have as much time off as we’d like, but we make the most of it, so it’s been good.”

What have you learnt about yourselves and the band while on tour?

Normani: “I feel like it’s a constant thing where we learn new things about each other every single day. It’s a pretty intimate space, being on the tour bus. We’ve had some great moments though - it’s definitely been a lot of fun on this tour. We’ve had our moments as well, but my memory is being downstairs after a show, everyone’s trying to whip up something to eat… and we all watch movies together. That’s a bond I’ll take with me forever – I love my girls!”

Ally: “Normally me, Dinah, Ally and Lauren always watch movies together. Lately we’ve been watching a lot of scary movies. Yesterday we watched Poltergeist – the more current one. This one was good, but I need to see the original one I think."

MORE: See where all of Fifth Harmony's singles have charted in the UK

Did you happen to see Little Mix's X Factor performance recently? They had some criticism over their outfits, which you've faced in the past. Why is this still happening in 2016?

Normani: “I haven’t seen it yet but I heard they crushed it. I need to get that on YouTube…”

Normani: “It definitely makes me query as to where we are in the world right now, though. We definitely do get [criticism] sometimes. I remember when the Work From video came out and people had a bunch to say. We did also get a lot of support from our amazing fans, but it was kind of the outsiders that were the ones criticising us.

A lot of the criticism happens on social media, and Fifth Harmony has a massive online following. How have you learnt to deal with kind of negativity?

Normani: “It’s definitely been a struggle. Ever since day one I remember I would always look at comments online. I personally went through a really tough situation and I actually had to take it upon myself to step away from Twitter. I was getting a lot of hate for absolutely no reason and it really broke me down. I was away for about a month and half and I’m grateful that I took the time for myself because I felt I deserved it and I owed it to myself to step away and really find myself from social media.

"The problem is there’s no consequences so it’s very easy to say whatever you want to say without repercussions. There has so be a solution though – people are killing themselves over it and it’s so sad. People need to wake up.”

Your current single That's My Girl is an absolute banger; are there plans for more singles from 7/27?

Normani: “Right now we’re really pushing That’s My Girl, but we’re excited to see what the future holds. We’ve worked really hard for these past four years and we’re definitely in a good place right now. It’s nice to see all the hard work pay off. We know what we’ve been through – the blood sweat and tears. Even our team – they’ve lost so much sleep for the success of the group and they deserve so much credit. We don’t know what the future holds, but we’re excited to see what it is.”

The tour wraps at the end of the year; do you know what's next for the band after that?

Ally: “Well hopefully a few days off! We’re excited to see our friends and families and just relax. As much as we adore what we do and we’re eternally grateful, everyone needs a break sometimes. Everyone needs a few days to just breathe.”

Before you have a breather, Ally, could Fifth Harmony please release a Christmas album?

Ally: “Oh my god, you are freakin’ reading our minds right now – me and Normani love Christmas and we’ve talked about it! I love Christina Aguilera’s one…remember that?”

Normani: “I'm not sure what ours would be like. We could recreate sounds like Santa Baby and All I Want For Christmas Is You, but we actually did that a couple of years ago already. I remember being a little girl and listening to Whitney Houston, Christina Aguilera and Mariah Carey on Christmas morning opening presents, so it would be a dream.

Ally: “Oh my gosh that Christina Aguilera album though! God it’s so good, isn’t it?”

Fifth Harmony's new single That's My Girl is out now.

Last year we tested Fifth Harmony on how well they knew each other. Watch how they got on below...