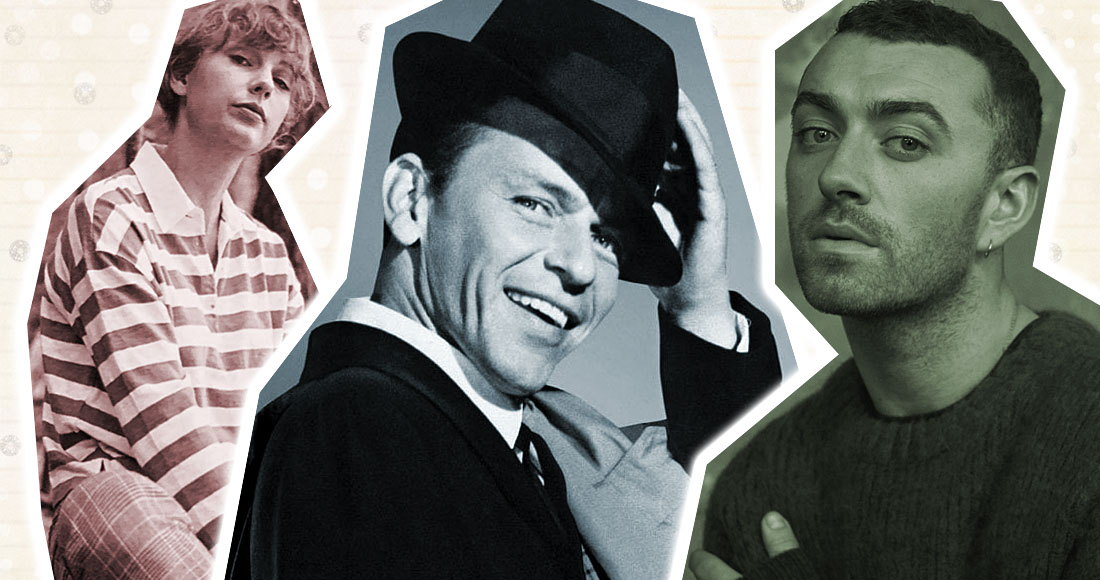 We all want to forget just how dismal 2020 has been for the most part, so much so that the British public have been putting up the tinsel, chugging down the eggnog and blasting the Christmas music earlier than ever.

In the year that Christmas classics entered the Official Chart earlier than any other year on record, it's clear that people are looking to music from the festive season to distract from how depressing the world has been for the most part in 2020.

And with arguably less new releases to compete with, more yuletide delights could enter the Top 40, some for the first time.

We're used to the annual chart ascents of Wham!, Shakin' Stevens, Kelly Clarkson and Leona Lewis, but do any holiday tracks have a chance to reach the Top 40 for the first time in 2020?

Based on their 2019 peak positions and their chart performance so far this year, let's take a look at some festive favourites that could enter make their inaugural appearance in the Official Singles Chart Top 40 this Christmas.

While roasting chestnuts on an open fire isn't commonplace today, streaming The Christmas Song certainly is. Despite being written in 1945 and covered by the likes of Justin Bieber, Christina Aguilera and Michael Buble over the years, the Christmas standard has never been a Top 40 hit, and only entered the Top 100 for the first time last year.

Nat King Cole has recorded the song four times in various forms, with its first stereo sound recording from 1961 seen as the definitive version. This cockle warmer streamed its way to a peak of Number 51 last Christmas, clocking up 7.6 millions plays across December 2019.

MORE: Ghosts of Christmas past - festive songs that don't get played enough

Another famous composition that has hit its highest heights in recent years is Feliz Navidad by Jose Feliciano. Its simple wish of season's greetings for a Merry Christmas and a Happy New Year is cute-as-a-button, and coupled with its Puerto Rican party atsmosphere, it can't but not put a smile on your face.

Jonas Brothers scored one of the biggest comebacks of 2019 with their slick single Sucker, which was the group's first Number 1 in America and first Top 10 here in the UK. Their momentum continued with Like It's Christmas, a silky, throwback to barber shop quartets with a catchy, clap-a-long melody. The song peaked at Number 53 in 2019 and has been just outside the Top 100 so far in 2020, and has entered the Official Trending Chart.

The Jo Bros also have a new Xmas track out for 2020 called I Need You Christmas, produced by Greg Kurstin (Adele, Sia). You have given us two festive songs as of late Joe, Nick and Kevin, how's about you wrap up a few more as an album for us?

MORE: The best music shows to watch for 2020 Christmas and New Year

A controversial release that set pulses racing way back in 1953, no version of Santa Baby had reached the Top 40 for 64 years, until Kylie Minogue's take (itself a 17-year-old recording at that point) topped out at Number 38 in 2017.

The original by Eartha Kitt has appeared in the Top 100 in seven different years, climbing to a high of Number 63 in 2017. It has further climb up the branches of the Official Chart tree in 2020, sparkling at Number 55.

Originally recorded by Judy Garland in 1943, Have Yourself A Merry Little Christmas is one the most covered Christmas songs, but you guessed it, it has somehow never been a Top 40 single. Rod Stewart's take is actually the highest-peaking at Number 51, but the most popular in recent times has been Sam Smith's interpretation.

Sam's spin on the almost 70-year-old track peaked at Number 65 on release in 2014, and has returned to its top position in 2020. Coupled with Sam's new Christmas song The Lighthouse Keeper which is also rising the Top 100, it could be a popular holiday season for the artist's festive offerings.

No one can croon quite like Frank Sinatra, and how nice would it be for Old Blue Eyes to claim a Top 40 single for the first time in 27 years? Frank's take on Let It Snow Let It Snow Let It Snow topped out at Number 65 in 2019, and is just one place shy of that so far in 2020. Frank's Xmas music is so popular that Let It Snow is in fact his most streamed song (31.7m), ahead of Fly Me To The Moon, My Way and That's Life.

Taylor Swift's surprise-released holiday single Christmas Tree Farm from 2019 didn't have the same reaction from the public that her surprise albums of 2020 Folklore and Evermore have, but we think it's been overlooked and could be a modern classic like how Kelly Clarkson's Underneath The Tree or Ariana Grande's Santa Tell Me are.

The song reached a modest Number 71 on release, but has returned to the Official Chart Top 100 in 2020. A new merch range based on the song has launced this year, so plenty of Swifties could give the song a new lease of life for 2020.