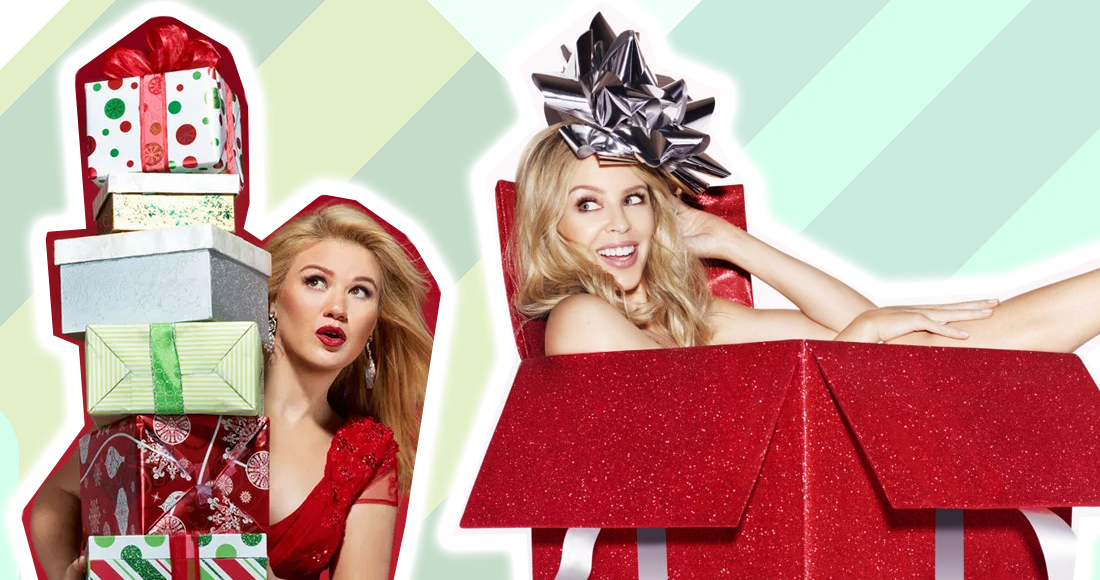 In the streaming era, some ghosts of Christmas past are entering Christmas present as their music reaches new audiences, more accessible or perhaps more relevant than when it was first released.

In recent years, wintery wonders such as Santa Tell Me by Ariana Grande and Chris Rea's Driving Home For Christmas have reached the Top 50 for the first time, with the likes of Brenda Lee's Rockin' Around The Christmas Tree faring even better, cracking the Top 10 some 60 years after release.

And while we're used to the annual chart returns of The Pogues, Wham! and Mariah Carey, there are some festive favourites that have shockingly not reached the Official Irish Singles Chart Top 50 before. Based on downloads and streams from last Christmas, here's our guide to Xmas classics that could feature in the chart for the first time this yuletide season.

Plus read our selection of picks of new Christmas songs further down that could jingle their way into the chart this year.

Kylie has been close to reaching the Top 50 for two consecutive years now with Santa Baby. Originally released as a B-side in 2000, the track was then included on her 2015 holiday album Kylie Christmas. In the year the song became her 50th Top 40 single in the UK (2017), Santa Baby topped out at Number 52 in Ireland, and reached Number 56 last year. Third time lucky in 2019 for Miss Minogue?

Kelly Clarkson – Underneath The Tree – Peak: 54

Will Kelly have a 14th Irish Chart hit waiting for her Underneath The Tree this year? Despite the song scoring 494,000 streams last December, the song just missed out on a Top 50 entry. What with launching a successful chat show this year that was renewed for a second series, we think she's been a good enough girl to get a present from Santa!

No Doubt's lead vocalist dipped her toe into the world of baubles and candy canes in 2017 with her first Christmas album You Make It Feel Like Christmas, the title track featuring her boyfriend Blake Shelton acting as the lead single. It was not until 2018 that their pair released a music video for the song, which coincided with the release of the album's deluxe edition. From there, the song really took off, gaining 247,000 streams last December in Ireland.

For those of you who didn't know that Britney has indeed released a Christmas song, you're welcome! My Only Wish (This Year) first appeared on the 2000 compilation album Platinum Christmas and is available to stream from Britney's YouTube channel, or on Spotify thanks to NOW That's What I Call Music. Many of you must have just discovered My Only Wish (This Year) for the first time (last year) when the song peaked at Number 83, racking up 358,000 streams in the process last December.

And for good measure, let's take a look at some candidates released this year that could score chart glory.

Mabel has had a strong 2019 on the Official Irish Charts - can she keep up her success rate with her first ever Christmas single? Loneliest Time of Year could see the Brit popstar claim her fourth Top 50 hit of 2019 following her Top 3 smash Don't Call Me Up, and the Number 6-peaking Mad Love which charted higher in Ireland than any other country.

Bastille are the latest names to record a song for the UK tradition of the John Lewis Christmas TV advert. Covering REO Speedwagon's Can't Fight This Feeling, the track is already bubbling under the Irish Top 50.

Ireland is the only territory outside of the US that the three singles from Jonas Brothers' latest album Happiness Begins reached the Top 30. That's some great momentum for Like It's Christmas, produced by OneRepublic's Ryan Tedder, the man who also worked with the Jo Bros on their Number 2 comeback hit Sucker.

Hudson Taylor – How I Know It's Christmas

Ahead of the release of their second album Loving Everywhere I Go next February, Hudson Taylor have took time to chuck a bit of tinsel on and get merry. Their seasonal song How I Know It's Christmas captures the very essence of Christmas: family, friends and a little bit of love. Aww.