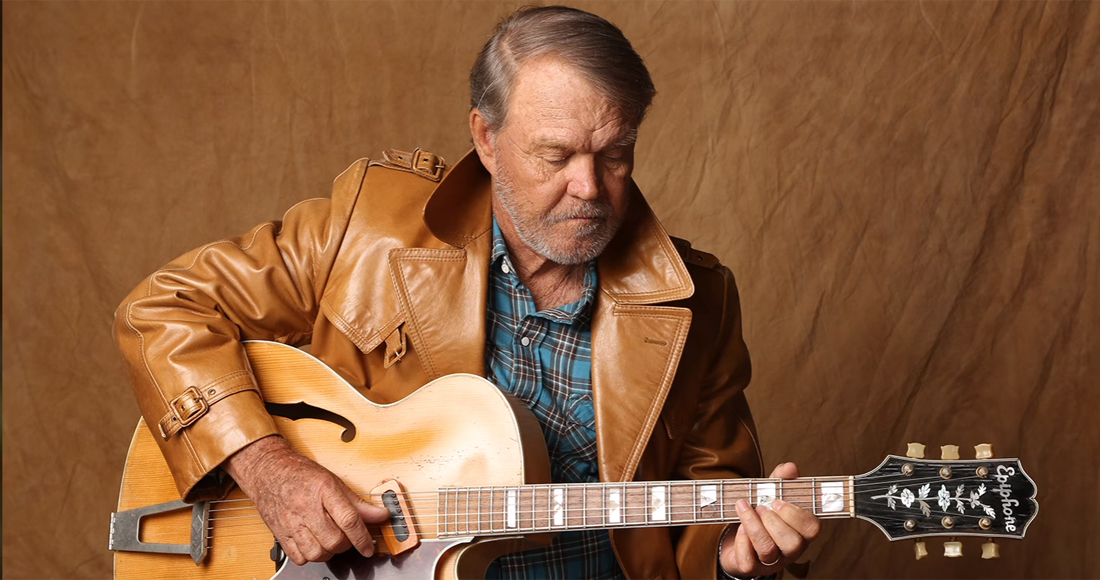 The country icon, who passed away this week, sees his 64th and final studio record Adios reach a new peak of Number 2 today, up 11 places. Recorded after Campbell’s 2011-2012 Farewell Tour following his diagnosis of Alzheimer’s disease, it previously charted at Number 3 upon its release earlier this summer.

As well as reaching new highs on the main Albums Chart, Adios is the best-selling album in Scotland this week, and also takes Number 1 on the UK’s Official Americana Albums Chart, launched last year and compiled weekly by the Official Charts Company in conjunction with the Americana Music Association UK.

Meanwhile, Ed Sheeran is back at the top of the Official Albums Chart this week as his latest album ÷ secures a 15th week at Number 1.

It’s Sheeran’s fifth stint at the top spot with the record, which has sold more than 2 million copies across physical, download and streaming equivalent sales in the UK.

Last week’s Number 1 album – Arcade Fire’s Everything Now – slips to 3, while Rag’n’Bone Man’s Human is at 4, and Lana Del Rey’s Lust For Life completes the Top 5.

Dua Lipa's self-titled debut returns the Top 10 after an eight-week absence, up four places to 11, and Little Mix's Glory Days rebounds from 12 to Number 9.

This week’s highest new entry goes to Def Leppard, whose 30th anniversary reissue of Hysteria lands at Number 14. Close behind are Black Grape; the band made up of Happy Mondays’ Shaun Ryder and Ruthless Rap Assassins’ Paul ‘Kermit’ Leveridge are new at 15 with their first album for 20 years, Pop Voodoo.