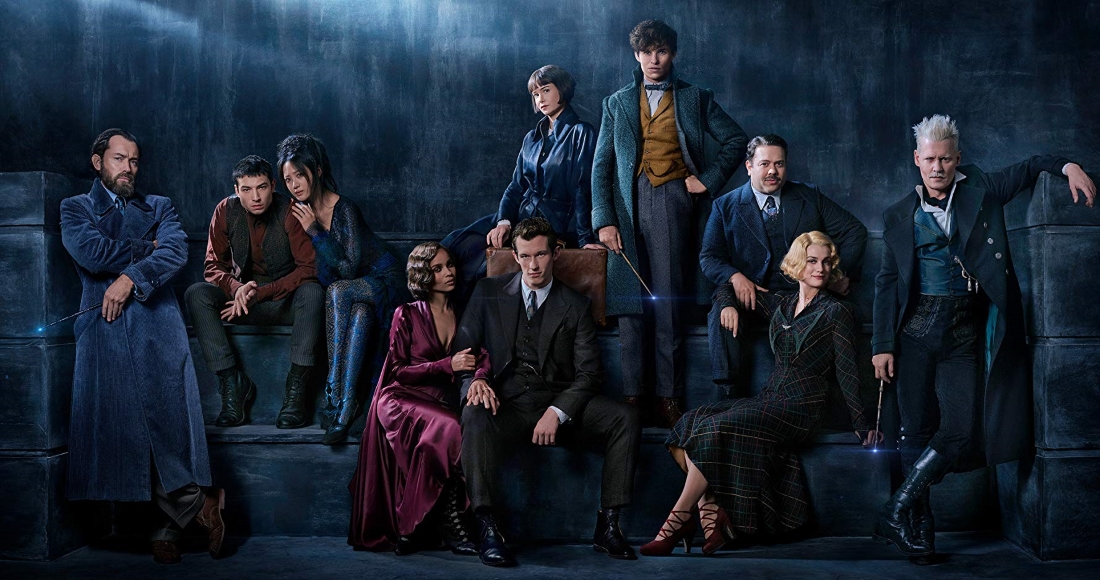 Fantastic Beasts: The Crimes of Grindelwald ends Bohemian Rhapsody’s reign at Number 1 as it apparates straight in at the top of the Official Film Chart.

The second in the Fantastic Beasts series, The Crimes of Grindelwald boasts an all-star cast including Eddie Redmayne reprising his role as Newt Scamander, Jude Law as a young Albus Dumbledore and Johnny Depp in the titular role of Grindelwald.

Slipping to Number 2 is Bohemian Rhapsody, followed by a second new entry as the latest incarnation of folklore hero, Robin Hood, enters at Number 3 on downloads alone. The film stars Taron Egerton in the lead role, Jamie Foxx as John and Ben Mendelsohn as the Sheriff of Nottingham.

At Number 6, Widows returns to the Top 10 in its fourth week on the Official Film Chart thanks to it being available on disc.

Right behind at Number 7 is Newt Scamander's second appearance of the week with the box set of Fantastic Beasts And Where to Find Them/The Crimes of Grindelwald.

This week’s Official Film Chart online show features a clip of The Old Man and the Gun, available on Digital Download and DVD 1st April.

Based on the true story of Forrest Trucker and his audacious escape from San Quentin at the age of 70, Robert Redford takes the lead role alongside Casey Affleck, Sissy Spacek and a stellar supporting cast.