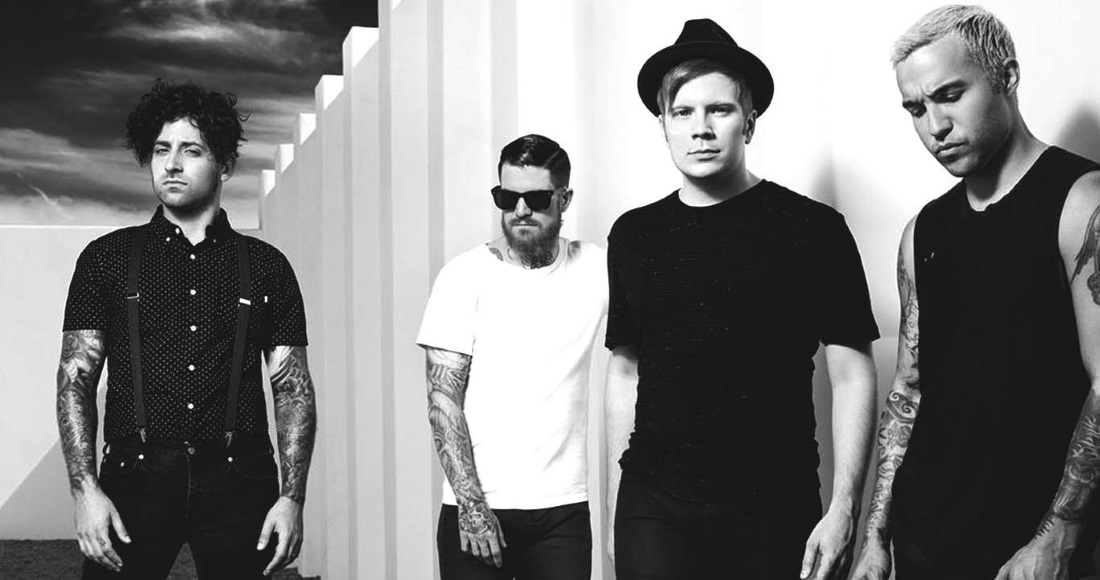 Fall Out Boy and Biffy Clyro have been announced as the final headliners for Reading and Leeds Festivals 2016.

The Illinois rock legends and Scottish music royalty will co-headline Friday August 26 in Leeds and Sunday August 28 in Reading, similarly to how Paramore and Queens of the Stone Age shared the top of the bill back in 2014.

Another co-headline duo were already announced for the festival, Disclosure and Foals. The fifth and final headliner with the spotlight all to themselves are the Red Hot Chili Peppers, who return to the festival after nine years away. Their appearance is also a 2016 UK festival exclusive.

Together, the five headliners have a whopping seven Number 1 albums and 56 Top 40 singles between them - quite the collection! 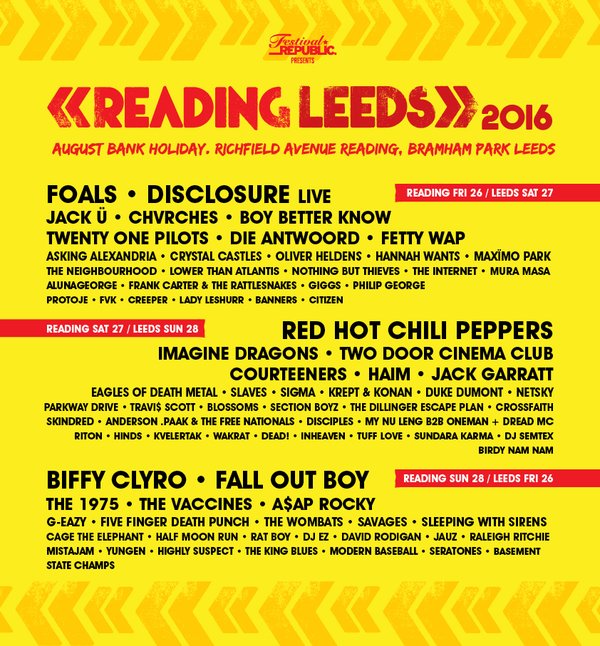 Tickets for the festival are on sale now.