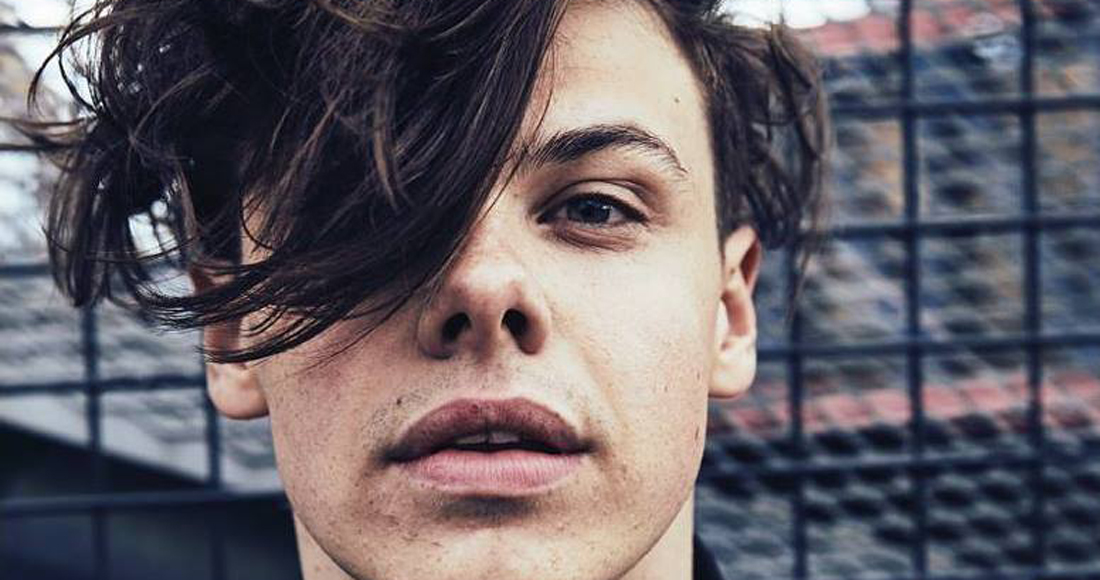 Yungblud is frustrated by the world right now. The Doncaster musician’s debut album 21 Century Liability – a collection of alt-rock-meets-hip-hop released to glowing reviews in July - tackles uncomfortable topics ranging from mental health and sexual assault to US gun control.

It’s heavy subject matter, and in the wrong hands potentially disastrous, but Yungblud - real name is Dominic Harrison - is smart. Not only is he able to articulate his opinions with poetic delivery, but he does so with intense passion and boundless energy, all set to the tune of, as he puts it, "big f**king choruses." America are quickly embracing him, and the UK is fast catching up...

The songs on the album are quite complex in some ways, tackling very polarising subjects. What’s the reaction been like?

"When I started doing gigs it was crazy seeing how quickly people related to what I was saying. I think in music right now, everyone’s so f**king safe. Everyone’s tiptoeing on eggshells around the subject, no-one’s really representing something that actually means anything. A lot of songs are just meaningless to me right now. I want my music to be more than music, I want it to be a message, I want it to be a way of life. I grew up on bands like Eminem, Oasis, Arctic Monkeys, The Cure, The Sex Pistols, Madonna, Lady Gaga: artists like that who really inspired me even more than the music.

“The amount of DMs I get and people I speak to at shows who say, ‘Your music’s helped me with my anxiety, helping with my life and providing answers’ is the craziest thing in the world to me, because that’s what Alex Turner, Eminem, Lady Gaga and Marilyn Manson did for me.”

A lot of artists are afraid to be opinionated now because of the potential backlash from the media and fans. Have you experienced that yet?

“It’s everything isn’t it, even with the recent VMAs and s**t, it’s so f**king safe. It’s like, ‘I’ve got about as much charisma as a pint of water’ right now. I grew up watching Amy and Liam and Noel and Alex and all these opinionated artists that are amazing. At the end of the day I genuinely believe it's because of the quality of the music – you can’t be lairy if you’ve not got the music to back it up. You’ve got to sit in your corner and kind of be respectful to me, because fundamentally if you know who you are you can say what you want because you can back it up. I think people are scared to say stuff because they’re not themselves."

"Totally. At the end of the day, all I care about is the world moving forward to a better place because my generation is such an intelligent generation; we see the future we want to be a part of but it’s being held back by a generation that don’t understand us or aren’t quite ready for the world to go to that place yet. But to me, I just want freedom of speech no matter what you say. I’m not telling you what to think, I’m not telling you what to do, I’m just telling you to say something - because then there’s a conversation. 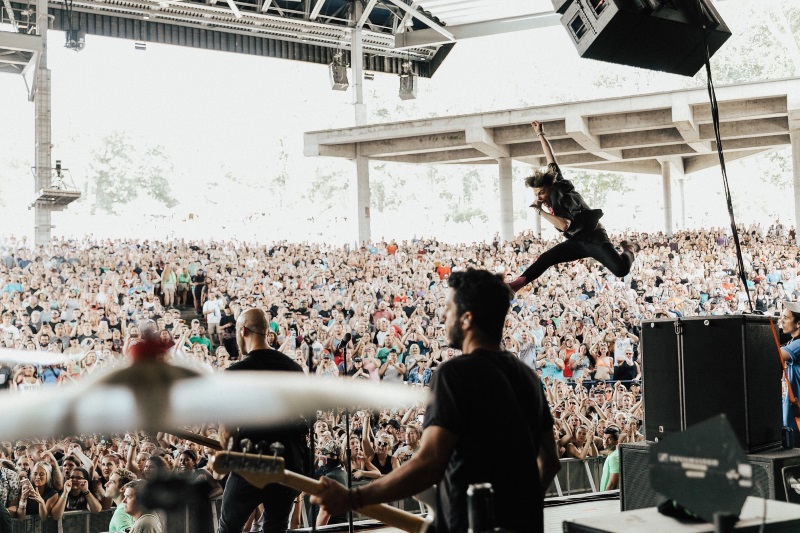 Politically-leaning records aren’t an easy sell; how do you stay motivated?

"That’s why I try and write catchy and bouncy choruses, because on first listen you won’t know what it’s about. If you listen to a Twenty One Pilots record or a Clash record, those songs are so huge but they mean something. Amy Winehouse - her records are dark, you listen to the lyrics and go, ‘Ooh you can’t say that’, but she did, and she had hits with it. I think it’s easy to go, ‘Okay, I’m just gonna do the basic-arse s**t to get me a Number 1', and of course I want that – but I want to do it in a way that changes perspectives and means something deeper."

“I just know exactly what I want to talk about right now, and I’ve been on tour and met people and I’ve got a fire and I’ve seen the people I want to cater to. It feels good right now. I don’t want my next record to sound like my last record. What is Yungblud is the message and the attitude and the way it’s delivered. I love it when people go, ‘Oh, but is it Yungblud?’ and I’m like, ‘Well, I f**king wrote it didn’t I?’

“It’s going to be my version of punk. I don’t want to divide. Division is such an old way of thinking, it’s so boring - we’ve been f**king dividing each other for thousands of years. I just want to unite for a greater cause – without sounding too wanky – it’s all love man, you know what I mean?" 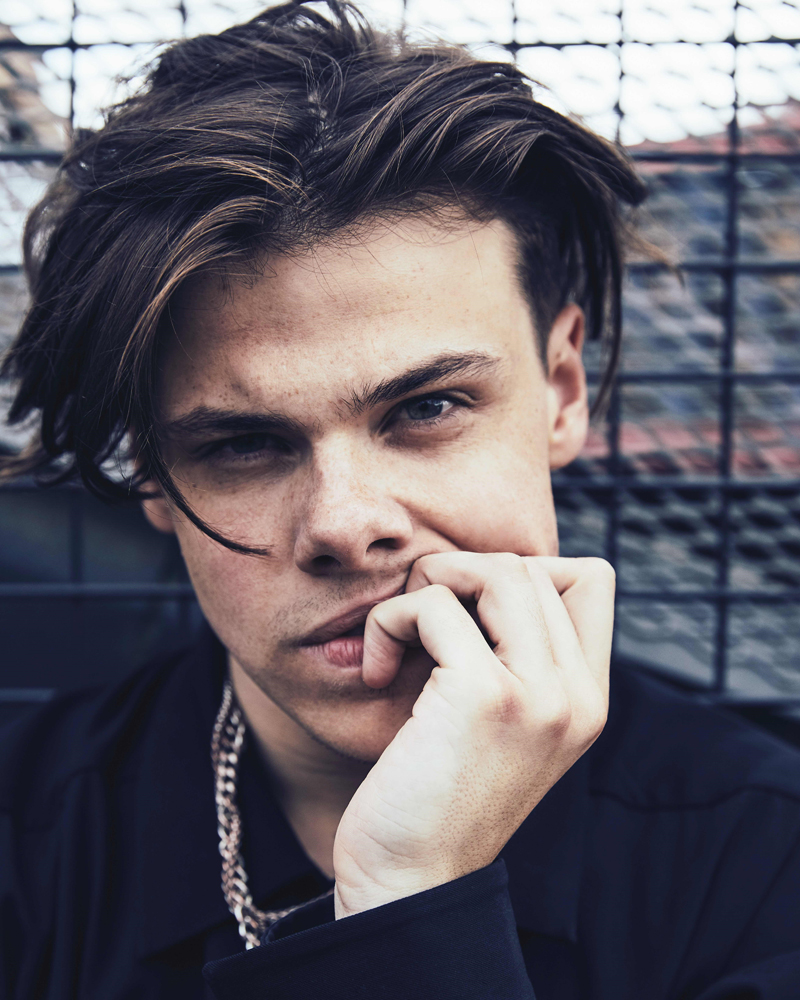 Your music is taking off in America; have you been in touch with any of your musical heroes?

"I’ve been working on a lot of collaborations that I’m going keep hush-hush because I can’t wait to drop them and for people to be like, ‘What the fuck?!’. I’ve been dabbling with a lot of people in the hip hop world and some insane female artists - and more rock. There’s no rock collabs anymore. I think there’s no boundary to who you can collab with. If I want to do a collaboration with Metallica or Justin Bieber or f**king Celine Dion, why the f**k not?"

Yungblud's album 21st Century Liability is out now. His 2019 European tour kicks off in France on January 10 and hits the UK in March. Dates and ticket info on his official website.