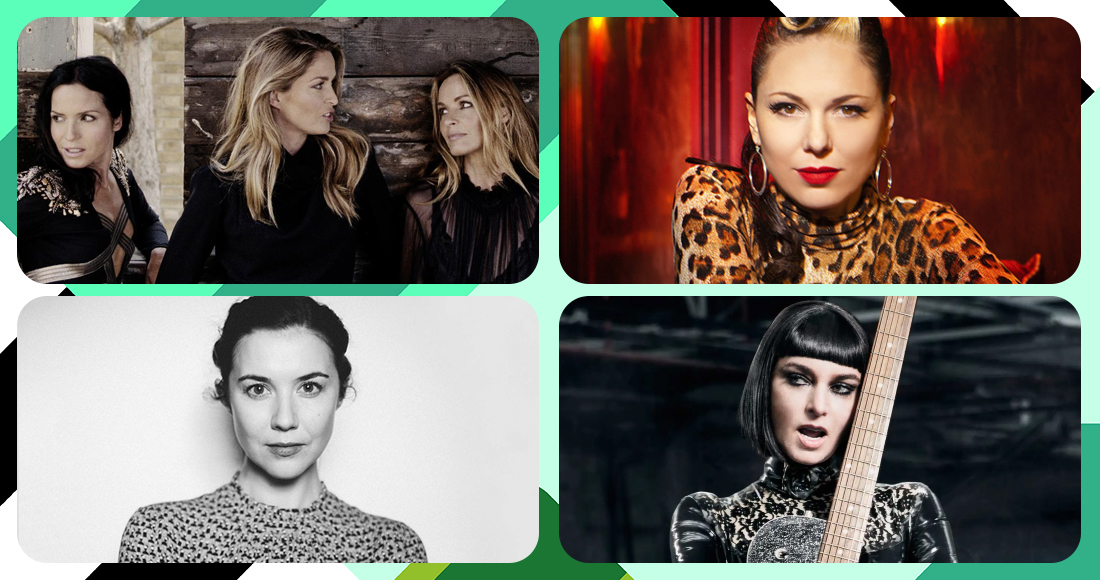 Dating back to when modern chart history began in January 1997, 21 albums from 11 female artists or female-fronted bands have reached Number 1 on the Official Irish Albums Chart.

With global talents like Ed Sheeran and Adele alone spending over 100 weeks at Number 1 in Ireland over the years, having an average of around one Irish female topping the charts each year isn't bad going. And while there can always be more, any representation is a cause for celebration, which is what we're doing today.

The most recent occurrence in April 2021 saw Imelda May become the Irish female solo artist to claim a Number 1 album in almost five years with her sixth record 11 Past The Hour. The record is Imelda's fourth chart-topper on home turf following her three rockabilly albums Love Tattoo in 2009, Mayhem the following the year, and Tribal in 2014.

With six Number 1s under their belts, The Corrs have topped the charts the most among female-fronted acts. Two of Andrea, Caroline and Sharon (and Jim!)'s LPs Talk On Corners and In Blue also claim the joint-most weeks at the top of the Official Irish Albums Chart for an Irish female act, alongside folk legend Mary Black's 25 Years - 25 Songs - those albums all managed four weeks at Number 1.

X Factor's Mary Byrne claimed the fastest-selling debut album of the 2010s with her album Mine & Yours, a Number 1 in 2011, while women who have topped the charts as part of female-fronted include Faye O'Rourke of Little Green Cars (now part of Soda Blonde), Ham Sandwich's Niamh Farrell and Sorcha Durham of Walking on Cars.

With so much female talent gaining momentum at the moment, we reckon it's not long before female groups like Wyvern Lingo and Pillow Queens and soloists such as Orla Gartland and CMAT take their place on this list.