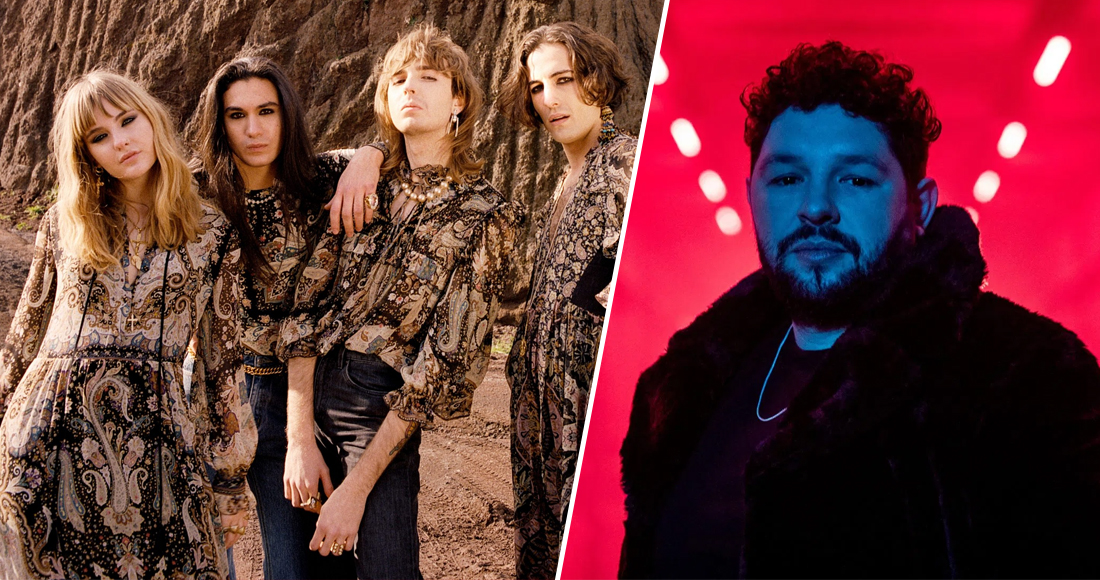 As of today's sales flash (May 25), Embers by UK representative James Newman is currently at Number 36 and on track to earn the highest-charting 2021 Eurovision song on the Official Chart. The track is also the third most downloaded song so far this week.

A Top 40 single would be the latest showing of support for James, who has said he will "focus on the positives" after coming last in the competition last Saturday (May 22) with zero points.

MORE: Where every UK Eurovision entry has charted

At the other end of the Eurovision leaderboard were Italian rock band Måneskin, who took home the trophy with a total of 524 points. Their winning song Zitti E Buoni is just behind James at the midweek mark at Number 37.

Further down in the Top 100, six more songs from the contest are heading for UK chart placements, the highest of which is Iceland's Daði Freyr who finished fourth with 10 Years. Number 49 currently, the song could still secure a Top 40 finish by Friday, and would be his second song to do so following Think About Things, his song intended for the cancelled 2020 competition that then went viral on TikTok.

France's Barbara Pravi - who finished second - is at 65 with Voila, while Finland's post-hardcore entrants Blind Channel are at 68 with Dark Side. Ukraine's Go_A are at 80 with electro-folk number Shum.