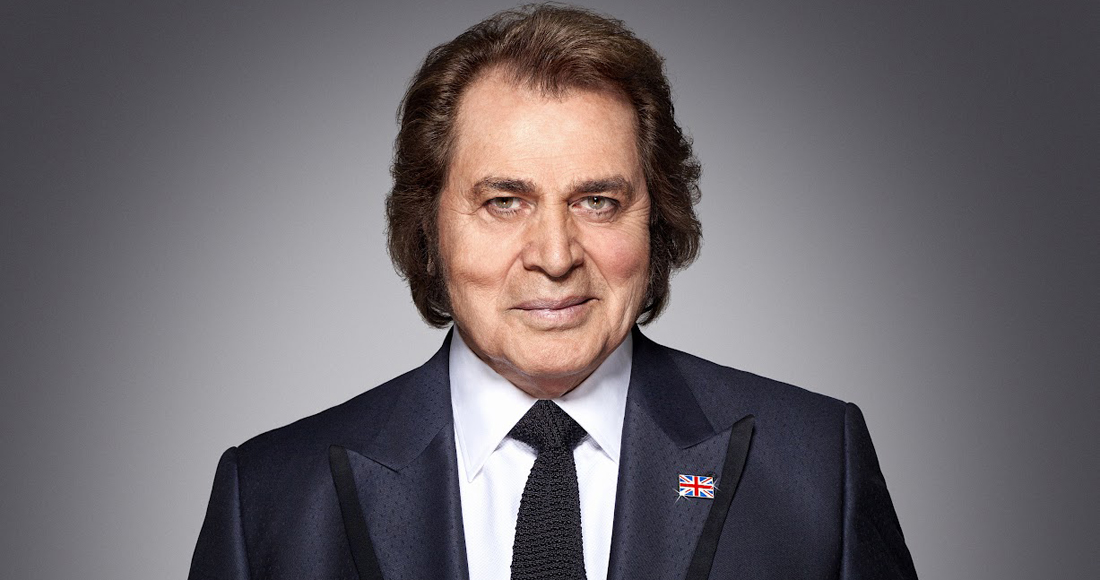 With less than 10 days to go before Eurovision 2012, British entrant Engelbert Humperdinck is already a winner, thanks to the Official Charts Company.

Engelbert, who was the guest of honour at The BPI’s annual Rock The Boat yesterday evening (Wednesday, May 16), was presented with two Official Singles Chart Number 1 Awards.

The Official Number 1 Award was created by the Official Charts Company in December as part of the 60th anniversary of the Official Singles Chart. The brushed aluminium trophy is presented in partnership with BBC Radio 1 and OfficialCharts.com to every new artist who reaches the coveted Number 1 spot, with recipients to date including Jessie J, Gotye, Tulisa, DJ Fresh, Rita Ora, Carly Rae Jepsen, the Military Wives and Cover Drive among others.

Engelbert Humperdinck is the first heritage artist to receive the award, in recognition of his two Number 1 singles, Release Me and The Last Waltz, which both reached the top of the Official Singles Chart back in 1967.

In addition to famously keeping The Beatles’ classic Penny Lane/Strawberry Fields from the top of the Official Singles Chart with Release Me, Engelbert became the first solo artist in British chart history to achieve million-selling status with two different singles. You can view his full chart history here.

“I'm very proud that people have supported me and bought my music,” he told OfficialCharts.com. ”I’ve sold about 150 million albums, so it’s been a good life and a good journey. Let’s hope we carry it on for a little bit longer.”

Check out our interview with Engelbert, which features footage of him being presented with his Official Number 1 Awards by Martin Talbot, the Official Chart Company’s Managing Director, below:

Engelbert Humperdinck’s latest Greatest Hits compilation, Release Me - The Best Of, is out now. The final of the Eurovision Song Contest will be broadcast live from Baku, Azerbaijan, on May 26.