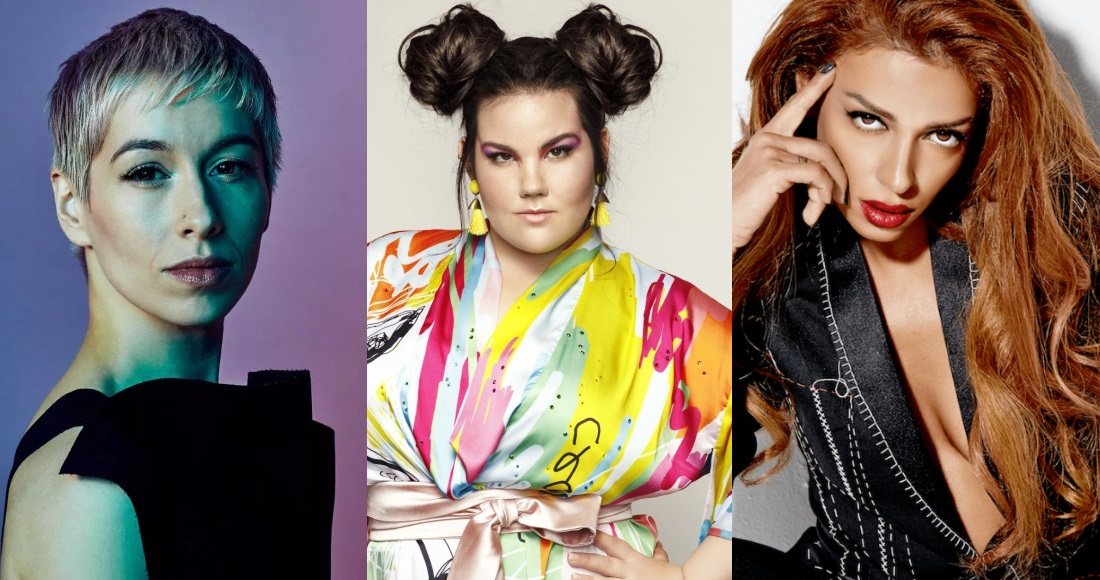 Storm, the song by the UK's entrant SuRie, is currently the highest charting. In today's Official Chart Update, Storm is at Number 32 when sales and streams of the last three days are combined.

Should SuRie keep her momentum towards Friday's final chart, she will become the first UK Eurovision entrant to impact the Top 40 since Molly's Children of the Universe peaked at Number 23 back in 2014.

Outside of the Top 40, making appearances in today's Official Chart Update Top 100, Netta, 2018's Eurovision winner from Israel, currently occupies the Number 57 position with Toy, and runner-up Eleni Foureira of Cyprus is at Number 72 with Fuego.

The highest-charting foreign entrant/winner of the 2010s on the Official Singles Chart is Loreen, whose song Euphoria peaked at Number 3 after she lifted the trophy in 2012. Other charting acts include Emmelie de Forest, who reached Number 15 with Only Teardrops after she won the 2013 contest, and 2014 runners-up The Common Linnets; their song Calm After The Storm scaled to Number 9.

Look back at every UK Eurovision entrant below in our gallery.