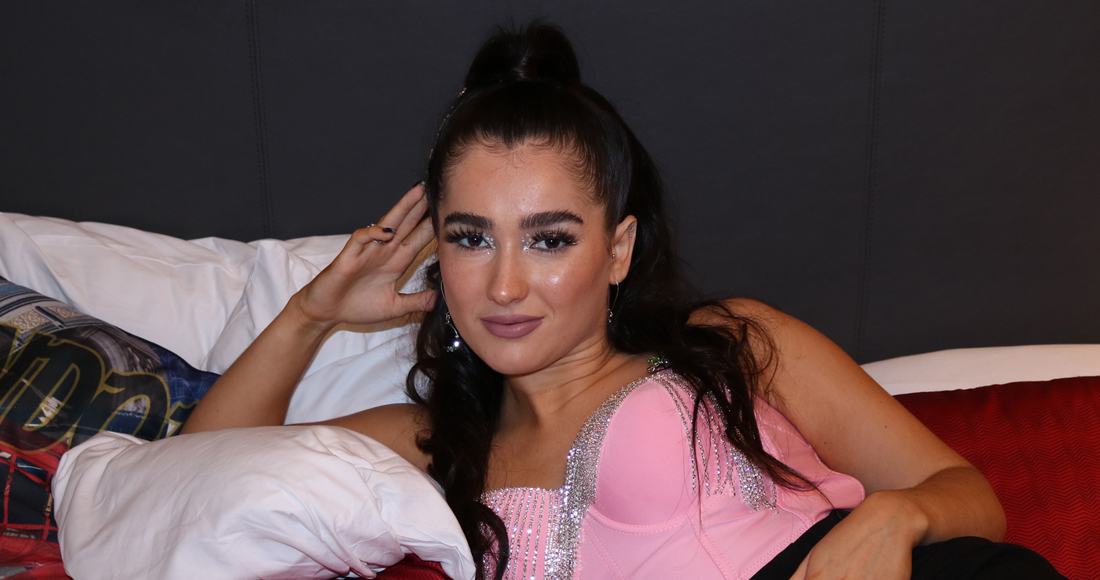 After placing third on The Voice UK and forming a close friendship with coach Meghan Trainor, Brooke Scullion had dreams of going global. And what better world stage to showcase her talent on than that of the Eurovision Song Contest?

Representing her home country of Ireland in this year's competition, Brooke's set to take her infectious break-up banger That's Rich to the semi-finals in Turin. Should she qualify, she'll join the likes of UK representative Sam Ryder and Ukraine's Kalush Orchestra at the grand final this Saturday, May 14.

Before she jetted off to Italy for rehearsals, we caught up with Brooke backstage at the official London Eurovision party for a peek at what goes into one of the world's most-watched music events.

WATCH: Behind the scenes at the London Eurovision party with Brooke

MORE: The Official Charts Guide to the Eurovision Song Contest 2022

Oh hey, Brooke. How would you describe your Eurovision performance?

It's The Powerpuff Girls, with a sprinkle of angel dust.

Sounds camp. We're in. What's one fact about you nobody knows?

One fact is I don't own a bra, I only ever use nipple stickers. Also, I have a bald pussy. A Sphynx cat.

What's your favourite Eurovision song ever?

It's got to be Alexander Rybak's Fairytale [2009's winning entry for Norway]. It's class. And I loved him, he was hot.

Tell us more about your banger of an entry, That's Rich...

I'd never written a song before, and I was in a Blondie and Debbie Harry hole at the time. I was like 'I want to write an '80s-influenced song with contemporary elements. That's what it all stemmed from. And I used noughties, Avril Lavigne-style, conversational middle eight.

And why is Eurovision so important to you?

Eurovision's the most welcoming community I've ever witnessed in my life. No matter who you are, you always feel you have a place here. I feel it's given me a massive opportunity to expose my music and myself as an artist; I really appreciate the platform. I hope I can do Ireland proud!

Now check out every UK Eurovision entry ever: