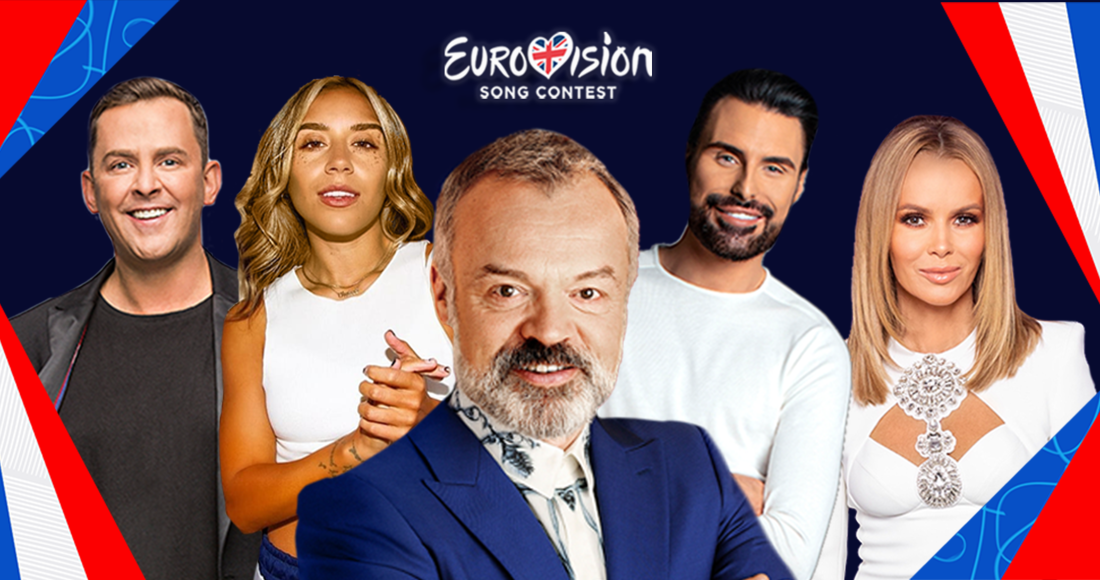 Eurovision is back for 2021, and after being forced to cancel last year's contest, this year's competition is shaping up to be bigger and glitzier than ever.

Here's everything you need to know about this year's contest, including where it's being held, who is representing the UK, and who will be announcing the UK's votes on the night.

Who is presenting this year's Eurovision Song Contest?

Graham Norton will be present for this year's contest in Rotterdam to commentate the Grand Final on BBC One, which takes place on Saturday May 22, starting at 8pm.

Ken Bruce will also continue his legendary coverage of the competition for BBC Radio 2.

As for the semi-finals, they will be broadcast on BBC Four on Tuesday, May 18 and Thursday, May 20. Resident hosts Scott Mills and Rylan Clark-Neal will present live from London, and are this year joined by Grammy-nominated singer, songwriter and footballer Chelcee Grimes.

Eurovision: Where every UK entry has reached on the Official Singles Chart

Grimes said she is "super excited" to join the team for the semi-finals, and has previously written tracks recorded by this year's Romanian entrant Roxen.

"I can’t wait to host the semi-finals alongside Scott and Rylan, it’s going to be awesome, said Chelcee. "I have always been a fan of Eurovision, and I can’t wait to be a part of it. I’m looking forward to seeing all the weird and wonderful performances, as well as cheering on my mate James who is waving the flag for the UK! JAMES TO WIN!"

Who is representing the UK at Eurovision?

As previously announced, BRIT Award winning songwriter James Newman will represent the UK at this year's contest with Embers, which was produced by Billen Ted, who shot to Number 1 on the Official Chart earlier this year with Wellerman.

James was due to represent the UK last year with My Last Breath, and after catching Covid himself last year, told us that he decided to write a new song for the 2021 contest.

"It was literally the opposite of what I thought would happen last year," he said. "Everyone’s had a rubbish time, I’m really glad that there’s a glimmer of hope at the end of the tunnel. I’m all better now, it took me basically all of last year to recover." Read the full interview with James Newman here.

Who is announcing the UK's jury votes?

Revealing who will be receiving douze points from UK's professional jury as Eurovision Spokesperson will be presenter, actress and singer Amanda Holden, who follows in the footsteps of Nigella Lawson, Mel Giedroyc, Richard Osman and Katrina of Katrina and the Waves in recent years.

How well do you know your Eurovision? Take our quiz and find out if you can score douze points.