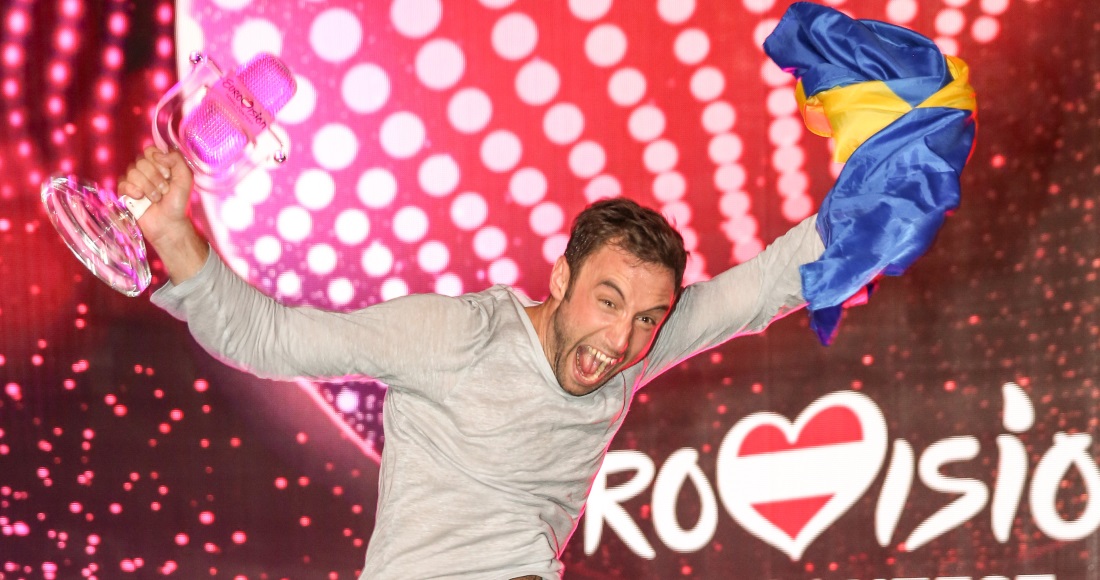 The singer is currently new at Number 3 on today’s early sales flash, and is currently the highest of three Eurovision songs set to enter this week’s Official Singles Chart Top 40.

Belgium’s Loic Nottet may have placed fourth in the competition, but his track Rhythm Inside has struck a chord with the British public and currently sits at Number 21.

Nottet finishes ahead of Russia’s Polina Gagarina, who came second in the contest with her stirring rendition of A Million Voices, and places on the tally at Number 33.

Further down the chart, a further eight tracks set to enter this week's Top 100.

Latvia’s Aminata – who finished sixth – lands at Number 51 with Love Injected; and the bad news continues for the UK’s Electro Velvet, who are currently at 53 with Still In Love With You. The duo, made up of Alex and Bianca, failed to hit the right note with the Eurovision voters, finishing a disappointing 24th with just 5 points.

Elsewhere, Australia’s first ever entry from Guy Sebastian, Tonight Again, is at 55, Israel’s Nadav Guedj is at 60 with Golden Boy, and Estonia’s Elina Born is at 71 with Goodbye To Yesterday.

Finally Italy’s Il Volo are at 79 with Grande Amore, Serbia’s Bojana Stamenov is at 84 with Beauty Never Lies, and Georgia’s entry Warrior by Nina Sublatti is at 87.

Find out where all 11 songs are in tomorrow's Official Chart Update (May 27) at 4pm.