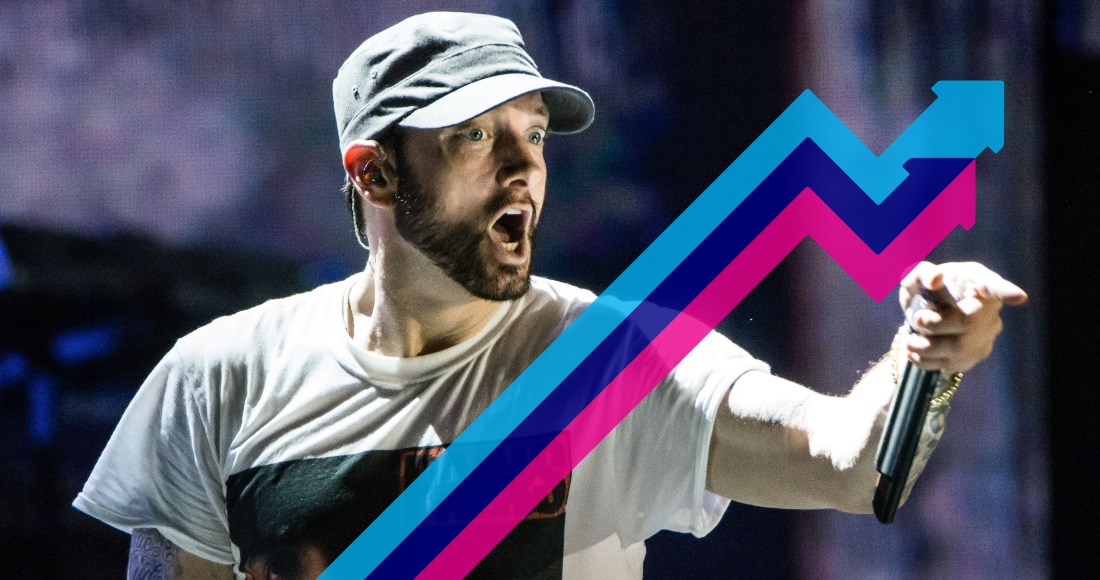 Eminem's surprise new album Kamikaze is having a big effect on this week's Official Albums and Singles Charts.

Elsewhere, pop supergroup LSD - Labrinth, Sia and Diplo - are seeing their latest single Thunderclouds making waves following the release of its visually stunning music video, which has notched up 13.7 million views worldwide since its release last Thursday (Aug 30). According to the latest Official Charts Company data, Thunderclouds is set to be the first Top 40 single from the project, currently at Number 22.

Singer-songwriter Freya Ridings continues to see her track Lost Without You grow on radio and in the charts, on course to hit a new peak this week, as is Bazzi and Camila Cabello's new collaboration Beautiful, currently hovering just outside the Top 40.