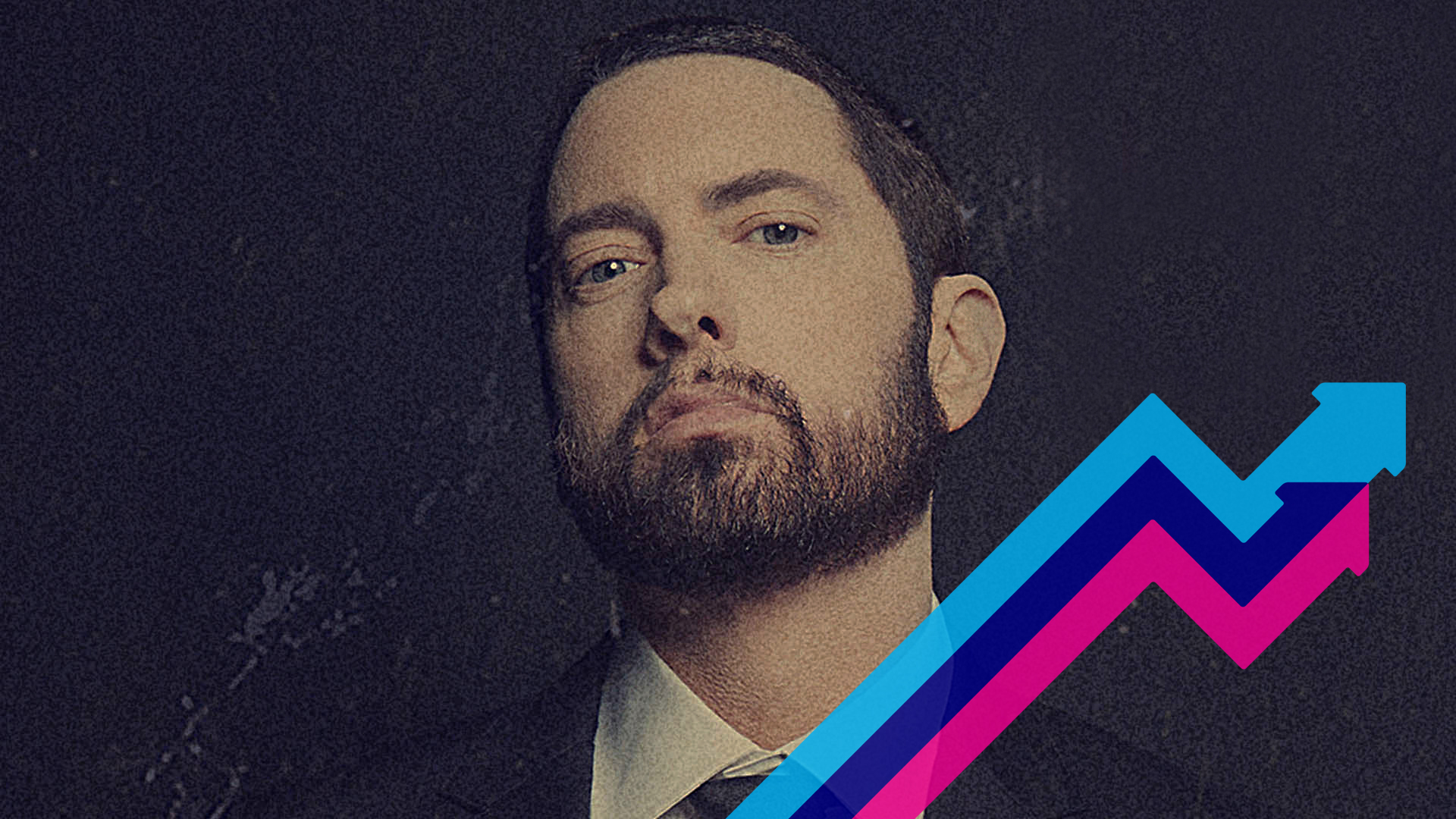 Eminem is set to dominate this week's charts following the surprise release of his new album Music To Be Murdered By.

Godzilla ft. Juice Wrld and Ed Sheeran collaboration Those Kinda Nights lead this week's Official Trending Chart as they prove to be the album's most popular songs, based on movement up the Official Singles Chart. View Eminem's complete UK chart history here.

Godzilla, a team-up with the late US rapper Juice Wrld, is competing with Stormzy for this week's Number 1 single, while Those Kinda Nights is eyeing up a Top 10 debut. Eminem's eleventh studio album is currently battling it out with The Courteeners for the top spot on this week's Official Albums Chart.

This week's Official Trending Chart Top 20 also features the title track fro DigDat's new mixtape Ei8ht Mile, which is set to earn the drill rapper his fourth UK Top 40 song this week, plus his D-Block Europe collaboration New Dior, and BTS, who are on track for a Top 40 debut with Black Swan, the trailer song for their upcoming album Map Of The Soul: 7.

Other brand-new releases making waves this week include The 1975's latest track from their upcoming album Notes On A Conditional Form, Me & You Together Song, and Jonas Brothers' What A Man Gotta Do.

Finally, the late Mac Miller, who died in September 2018, makes two entries on this week's trending Top 20. Following the release of posthumous album Circles, songs Good News and Circles are proving the early favourites from the collection, which is heading for a Top 10 debut on the Official Albums Chart this Friday (Jan 24).