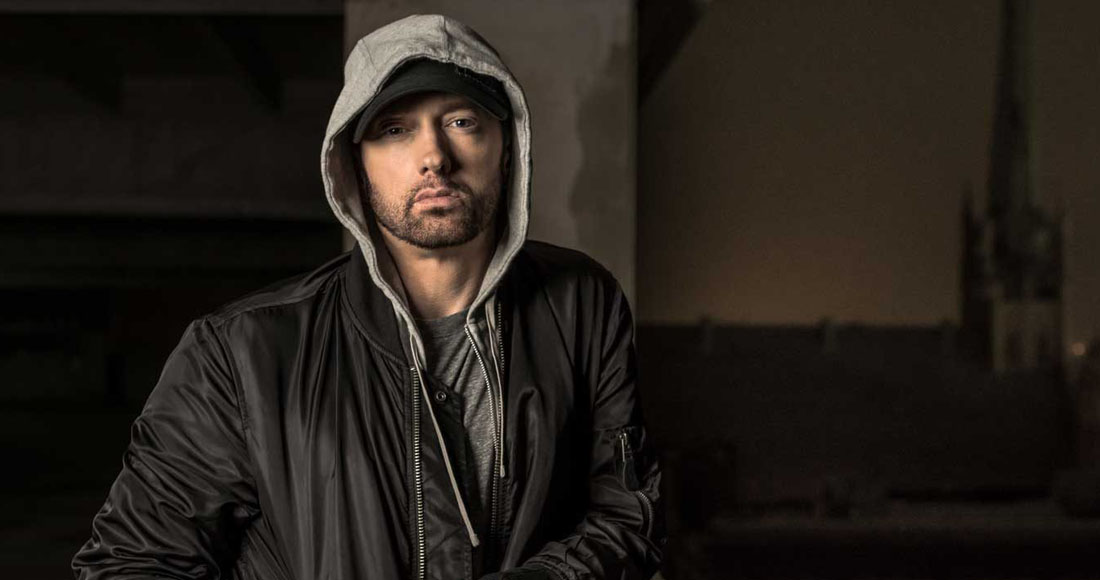 River is taken from Eminem’s ninth studio album Revival, which debuted at Number 1 on the Official Albums Chart last month. Check out the star's biggest single on the Official Chart here.

Eminem ends Ed Sheeran’s six-week reign at the top with Perfect, which slips to Number 3. As Ed guest features on River, he effectively replaces himself at the top, with River becoming his 5th UK Number 1. The last artist to manage such a feat with Justin Bieber, when DJ Khaled’s I’m The One (which he featured on) was knocked off the top by Despacito, his collaboration with Luis Fonsi and Daddy Yankee. See which other acts have replaced themselves at Number 1 here.

So let the river run... @teddysphotos on set #REVIVAL

Two more singles make their Top 10 debut this week: Camila Cabello’s Never Be The Same vaults 22 places to Number 7, and Jason Derulo's Tip Toe ft. French Montana breaks the Top 10 for its eighth week in the Top 40, up four spots to Number 8 to earn the star his 13th UK Top 10.

Three brand new tracks debut inside this week’s Top 40: BRITs Critics’ Choice winner Jorja Smith is at 34 with her Stormzy collaboration Let Me Down, Troye Sivan lands his first Top 40 as a headliner with My My My! at 38, and Camila Cabello’s She Loves Control, taken from her new self-titled album, bows at 40.