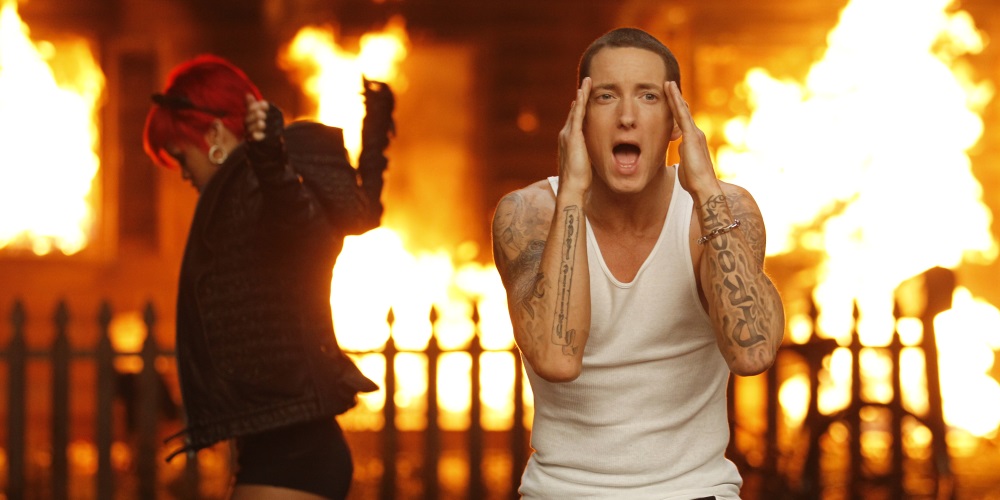 Congratulations to Eminem and Rihanna who’ve just clocked up a million sales of their 2010 single, ‘Love The Way You Lie’.

The track, which features on both Eminem’s album ‘Recovery’ and Rihanna’s ‘Loud’ album (the latter being a reworking entitled ‘Love The Way You Lie (Part II)’), was the best-selling single of last year, shifting 730,000 copies in just under six months. It is the only annual best-seller not to make it to Number 1.

'Love The Way You Lie' is the 109th track to sell over a million copies in the history of The Official Charts. Rihanna could also be in the running to clock up the 110th million-selling single; 'Only Girl (In The World)' is neck-and-neck with X Factor winner Matt Cardle's 2010 Christmas Number 1, 'When We Collide'. To date, both have sold around 985,000 copies.