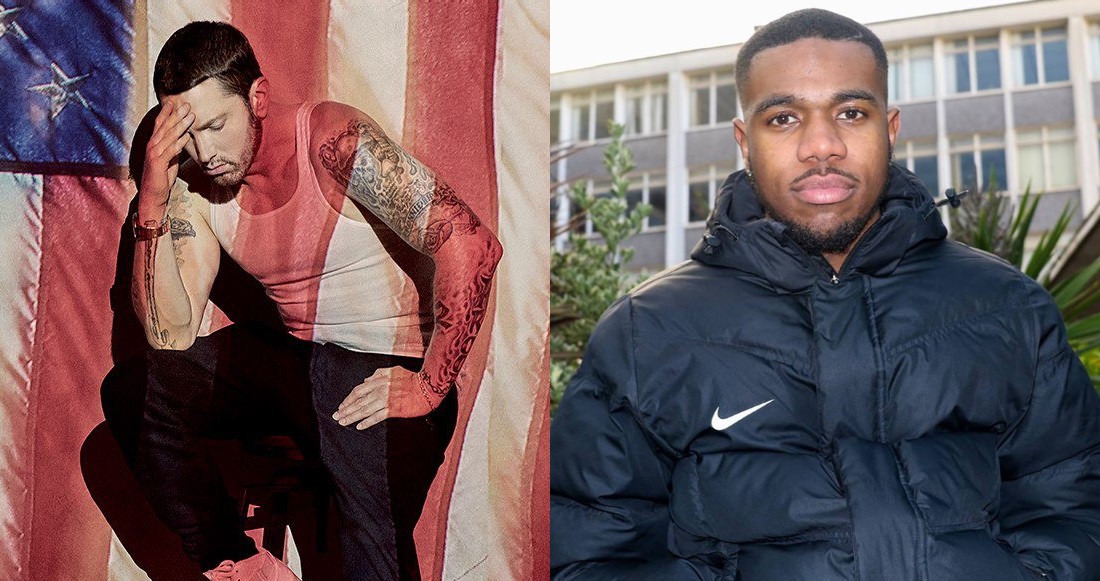 We have a rap battle on our hands for this week’s Official Chart Update.

Last week’s Number 1, River, by Eminem ft. Ed Sheeran is still in front today, but London rapper Ramz is right behind at Number 2 with Barking. Eminem leads on downloads, but Ramz has the edge on streaming – who will grab the top spot on Friday? This has the potential to be one of the tightest chart races in recent memory.

Let’s not count out Sigrid, at 3 today with Strangers, following her appearance on Friday’s The Graham Norton Show. Already eclipsing both Eminem and Ramz in downloads this week, could the BBC Sound Of… 2018 winner’s surge in popularity see her leap ahead by Friday?

Expecting to climb into the Top 10 this Friday are Dua Lipa’s IDGAF, up six to Number 8 and, one place behind, Breathe by Jax Jones ft. Ina Wroldsen, rising three to 9.

Drake surprise-dropped new two-song EP Scary Hours last Friday and one of the two, God’s Plan is on course for a Top 20 position this week, at Number 16. Also cruising to the Top 20 for the first time this week are Portugal. The Man as Feel It Still lifts five places to 20.