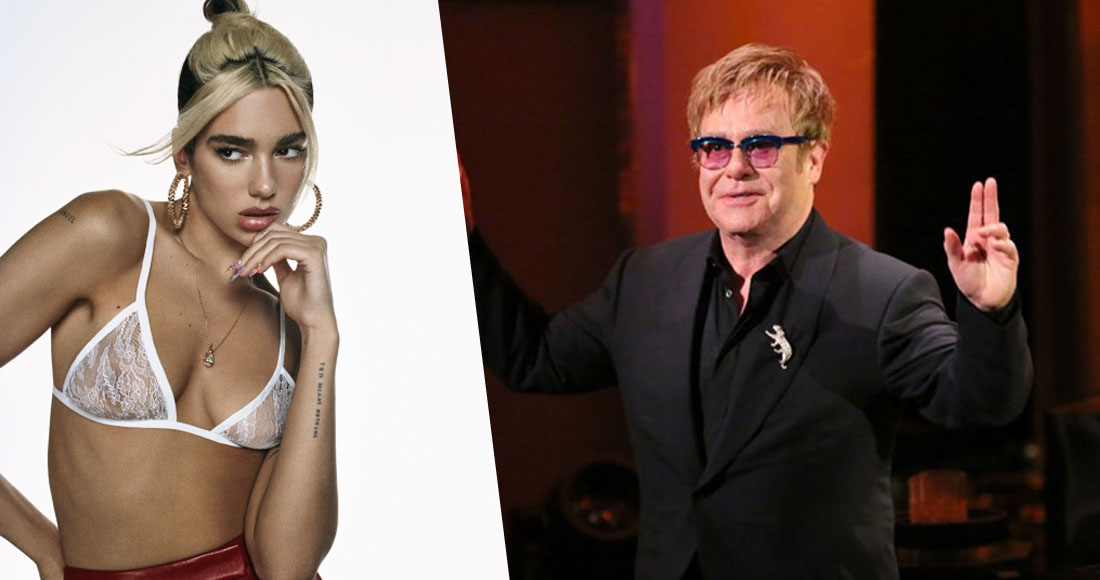 Elton John has teamed up with Dua Lipa for his new single Cold Heart - a remix by Pnau of two of Elton's classic hits.

A track - out now, which you listen to below - hears Elton sing his 1990 Number 1 hit Sacrifice, while Dua sings a line from the chorus of his signature hit Rocket Man.

Austrialian dance act Pnau - made up of Empire of the Sun's Nick Littlemore, Sam Littlemore and Peter Mayes - previously remixed Elton's hits for an album in 2012, using samples of various early hits mixed together to form completely new songs.

The record, called Good Morning To The Night, debuted at Number 1 on the Official Albums Chart and includes the hit single Sad.

It's not yet been confirmed if Cold Heart is a one-off release or part of a bigger album project.