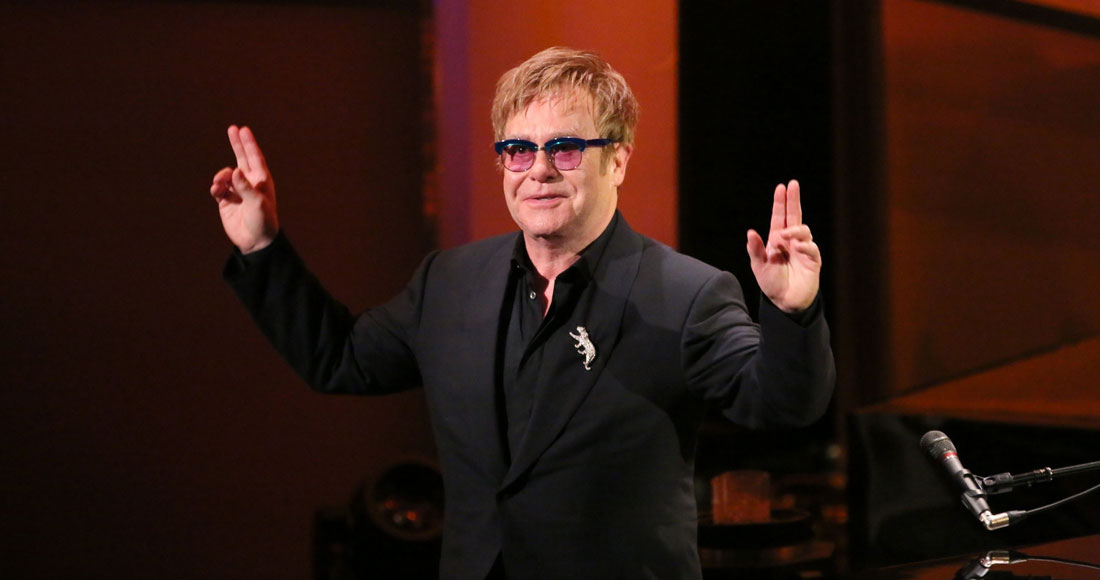 Tomorrow night (Friday 13 September) on ITV and ITV HD, 9pm, Sir Elton John will be honoured with the first ever BRITSs Icon Award.  Dermot O'Leary hosts the glittering show at London's Palladium, including a special performance by Sir Elton and Rod Stewart, who presents him with the inaugural award.

Elton has sold more than 250 million records worldwide and is also famously responsible for the UK’s biggest selling single of all time - Something About The Way You Look Tonight / Candle In The Wind 1997. BUT how have the British musical icon’s singles faired in the digital age?

With sales totalling nearly 5 million copies, you’d expect Something About The Way You Look Tonight / Candle In The Wind 1997 to be Elton’s most downloaded single too, wouldn’t you? Well, since 2004, when legal digital music services launched in the UK and the Official Charts Company started collecting digital sales data, this double A-side is actually only Elton’s ninth most downloaded single!

Elton’s biggest digital seller is the 2009 reworking of Tiny Dancer – retitled Tiny Dancer (Hold Me Closer) - by Ironik and Chipmunk. The original version of the track was featured on Elton’s 1971 album, Madman Across The Water, although now often recognised a bona fide Elton classic, was never actually released as a single in the UK the first time around. However the 2009 version peaked at Number 3 on the Official Singles Chart, and has sold 238,000 copies to date. The 1971 version of the track is also at Number 6 in our countdown, you may remember it prompting a mass tour bus sing-a-long (and rightly so!) in the coming of age rock ‘n’ roll movie Almost Famous (2000) featuring Kate Hudson.

With a digital sales tally of 182,000 copies, at Number 2 on Elton John’s Official Top 40 Most Downloaded Tracks is Ghetto Gospel with Tupac Shakur. Released in the UK in 2005 (where it peaked at Number 1 on the Official Singles Chart) the track was the second single to be released from Tupac’s posthumous 2004 album, Loyal To The Game. Ghetto Gospel was produced by Eminem, who added in samples from Elton’s 1971 track Indian Summer. Like Tiny Dancer, Indian Summer is also taken from Madman Across The Water, and was also not previously released as a single in the UK.

#ChartFact: Indian Summer is unsurprisingly popular to the people of the UK! There are no less than three different tracks called Indian Summer that have charted on the Official Singles Chart.

Your Song has also been covered by everyone from Donny Osmond to Andy Williams, Rod Stewart to Cissy Houston (mother of Whitney), Boyzone and perhaps most notably, gave Ellie Goulding her biggest UK hit to date.

#ChartFact: With digital sales of 758,000, Ellie Goulding has sold even more downloads of her cover of Your Song than Elton has himself of the original, bringing this classic to a whole new generation of music fans.

And finally, completing the Top 5 is Rocket Man (Elton’s second single to chart in the UK) which is at Number 4 with 101,000 digital sales, and Can You Feel The Love Tonight from the 1994 Disney masterpiece The Lion King (Number 5 with 98,000 digital sales).

Fellow Watford talent Naughty Boy, who co-wrote and produced 2012’s biggest selling album – Emeli Sande’s Our Version Of Events and topped the charts in his own right earlier this year with summer anthem, La La La – chatted to OfficialCharts.com about being a fan of the BRITs Icon winner:

“I’m from Watford, and the Watford Observer did this thing recently where they talked about musicians from Watford. It was nice to be put on a page next to Elton John. There’s me, Elton John, and Geri Halliwell, ha!”

Naughty Boy continued, “He’s amazing, Rocket Man is one of my favourite songs. To be honest I’m getting to work with a lot of people I want to right now, but someone like Elton John, and Adele, would be amazing. Even together, maybe?!”

This is a collaboration we DEFINITELY need to see happen!

You can see the full Top 40 below: