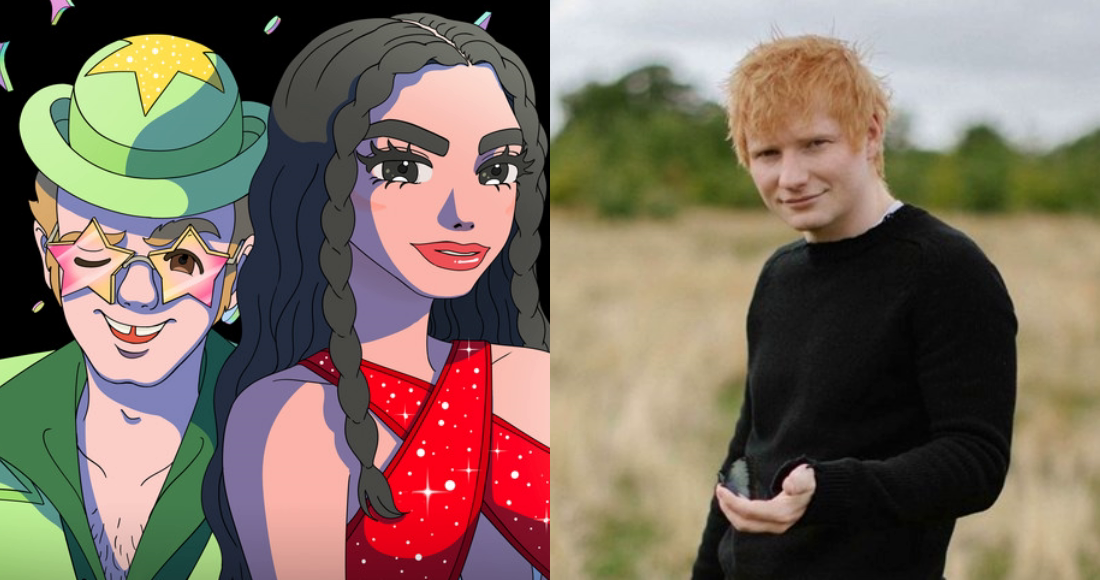 Elton John & Dua Lipa are set to dethrone Ed Sheeran from Number 1 on the Official Singles Chart First Look. Elton and Dua’s Cold Heart (1) is currently outpacing Shivers (2), which has now spent four weeks at the top of the chart.

Cold Heart, a re-working of Elton's original songs Sacrifice and Rocket Man re-mixed by DJ duo Pnau is Elton’s highest-charting single as a lead artist since his re-release of Are You Ready For Love hit Number 1 in 2003. The track trails his new album The Lockdown Sessions, which includes collaborations with Nicki Minaj, Lil Nas X, Miley Cyrus, Stevie Wonder, Stevie Nicks, and more.

Jesy Nelson eyes this week’s highest new entry with her debut solo single Boyz feat. Nicki Minaj. Her first release since leaving Little Mix last year, Jesy is currently on track to debut at Number 3 - it would be her first UK Top 10 single as a solo artist and Minaj's 13th.

Outside the Top 10, Coldplay and BTS’ new collaboration My Universe is set to rebound back to Number 11, inching closer to an entry to the Top 10 as the release of Coldplay’s ninth album Music of the Spheres approaches on Friday.

Becky Hill & Topic’s My Heart Goes (La Di Da) continues its trajectory up the chart, currently up one spot and its highest peak so far of Number 14.