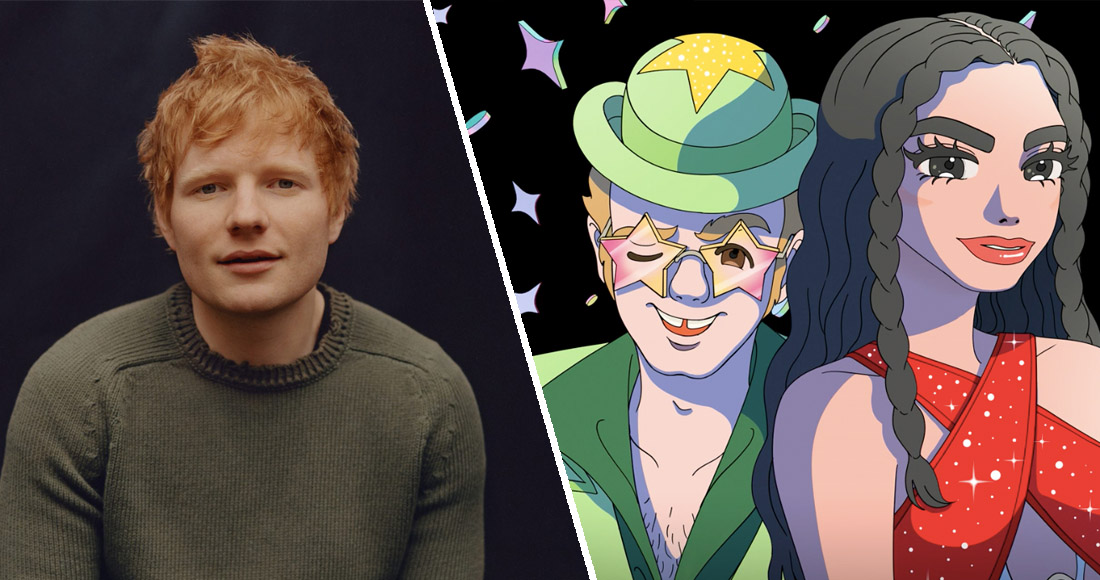 Elton John & Dua Lipa are fighting it out with Ed Sheeran for Number 1 on this week’s Official Singles Chart. Ed’s current chart-topper Shivers (1) holds a narrow lead at the top of the Official Chart First Look, while Elton & Dua’s Cold Heart (Pnau Remix) (2) is just 2,500 chart sales behind.

Cold Heart is Elton’s highest-charting single as a lead artist since his re-release of Are You Ready For Love hit Number 1 in 2003. The track trails his new album The Lockdown Sessions, which includes collaborations with Nicki Minaj, Lil Nas X, Miley Cyrus, Stevie Wonder, Stevie Nicks, and more.

Ed continues dominate the Official Singles Chart in the run up to his new album =, released on October 29. Former Number 1 Bad Habits rebounds three places to Number 3, while album track Visiting Hours is back up six spots to Number 16.

Global viral smash Heat Waves by Oxford band Glass Animals is on course to reach new heights on the Official Singles Chart this week, up three rungs to Number 5. Another single climbing back up the Top 40 is the title track of Billie Eilish’s latest album Happier Than Ever, set to make a return to the Top 10 this Friday, up two places to Number 9.