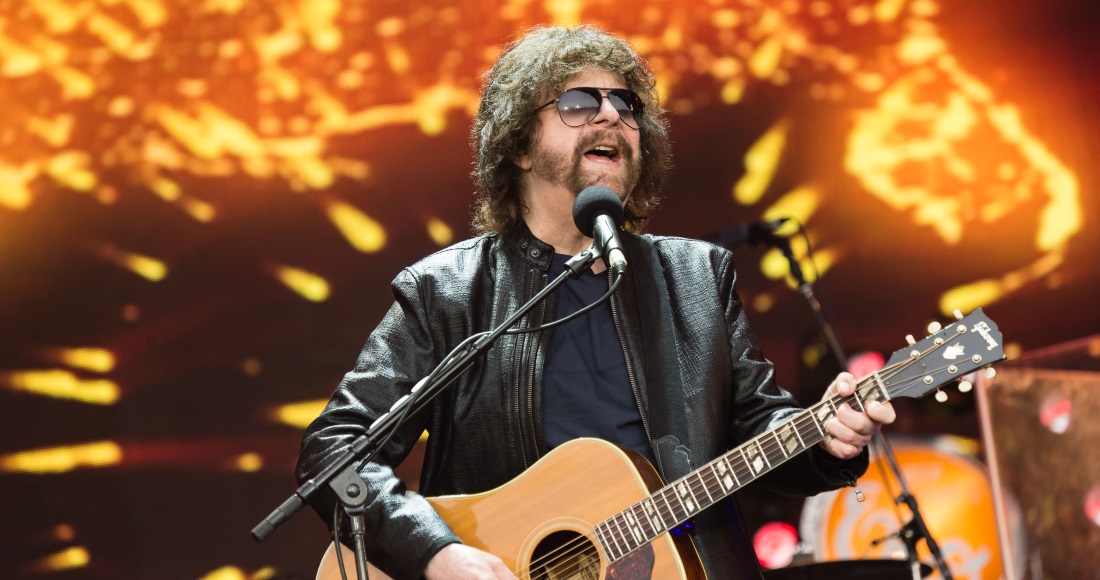 It's been a long time coming, but ELO's All Over The World – The Very Best Of is set to hit Number 1 on the Official Albums Chart for the very first time, over a decade after its original release.

The hits retrospective, which recently passed the million-sales mark after their performance – as Jeff Lynne's ELO – at Glastonbury, was first released in summer 2005, peaking at Number 6.

If All Over The World can hang on until the chart is announced on Friday, it will be ELO's first chart-topping album in 35 years – they last reached Number 1 with Time in August 1981.

Adele's 25 falls two to 4, and Coldplay's A Head Full Of Dreams is a non-mover, rounding off our Top 5.

Gregory Porter's two albums both make big gains – latest release Take Me To The Alley is up 10 to Number 10, while 2013's Liquid Spirit leaps 15 slots to 14.

Abba's greatest hits collection Gold rises eight places to 22, while British electronic duo HONNE are on course to score their first Top 40 with their debut full-length album Warm On A Cold Night starting at 24.

Taylor Swift's 1989 enjoys a boost, up 10 to 27, while American metal group Periphery could score their first Top 40 album, with Periphery III – Select Difficulty going in at 31.