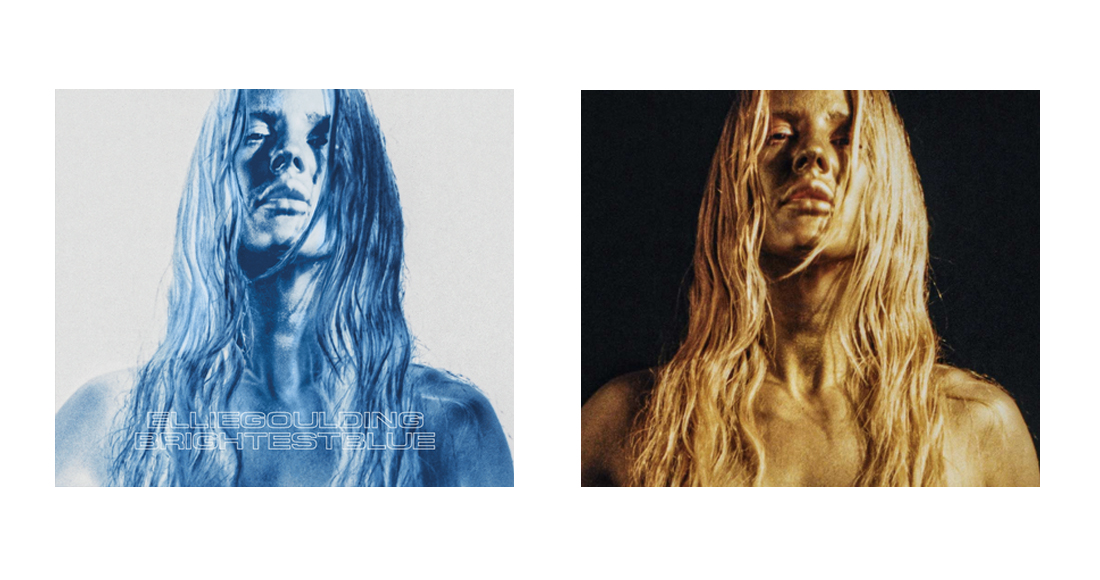 Ellie Goulding has shared the artwork and tracklisting for her new album, titled Brightest Blue.

Ellie's fourth album, out on July 17, is split into two halves, which she previously explained is separated by "classically influenced" tracks and her "alter-ego" pop songs.

Side 1, called Brightest Blue, features 13 songs including her current single Power. Side 2, called EG.0, has five songs mostly made up of her recent singles Hate Me ft. Juice Wrld, Close To Me with Diplo, Worry About Me ft. Blackbear and a new collaboration with Lauv titled Slow Grenade.

Brightest Blue is available in a variety of formats on her official website, including vinyl and cassettes in various colours made from recycled materials.

"The first side is something written entirely by me which was fun and I wrote most of it in New York when I was living there a few years back," Ellie explained.

"I play the guitar and I play the bass and piano and then I’m singing a lot of vocals. It’s very classically influenced because I love classical music.

"There’s a lot going on, it’s a big soundscape and one big film. The second half is my kind of alter ego songs."