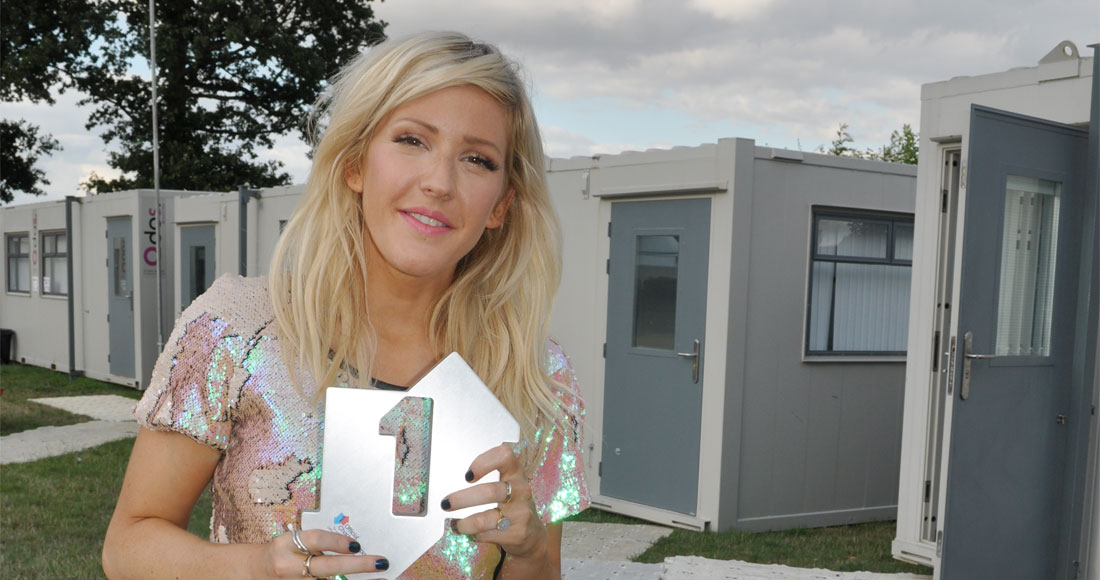 After scoring her first Official Number 1 single on Sunday, Ellie Goulding is holding onto pop’s crown and not letting it go easily.

The 26-year-old singer/songwriter from Herefordshire’s latest track, Burn, knocked Miley Cyrus’ We Can’t Stop off the top of the Official Singles Chart and kept Lady Gaga’s comeback single, Applause, at bay in the process.

Once again, Burn leads the midweek Official Singles Chart Update, outselling its closest competitor, Sonnentanz (Sun Don't Shine) by Klangkarussell FT Will Heard (Number 2), by nearly 5,000 copies. The original version of Sonnentanz has been a massive hit on the continent for Klangkarussell. The Austrian duo teamed up with 21-year-old London-based singer Will Heard for the UK release of the track, the highest new entry of the week so far.

Will posted an acoustic version of the track featuring his friend, model Cara Delevingne, online yesterday. Watch it below:

Avicii falls one place to Number 3 with Wake Me Up, while DJ Fresh and Diplo crash into the upper echelons of today’s Update with Earthquake FT Dominique Young Unique. The Cedric Gervais remix of Lana Del Rey’s Summertime Sadness (5) completes the Top 5.

Sean Paul is bound for the Top 10 this weekend with new single, Other Side Of Love. The track is taken from his upcoming as-yet-untitled sixth studio album, and follows his collaboration with The Saturdays, What About Us?, which went to Number 1 earlier this year.

Rising UK producer Naughty Boy is set to score his third Top 10 single from his upcoming debut album, Hotel Cabana (out next Monday), with Lifted FT Emeli Sande (8). The 28 year old co-wrote and produced much of Sande’s breakthrough album, Our Version Of Events, and has recently been working with Britney Spears and William Orbit on the US star’s comeback album, as well as X Factor 2012 winner James Arthur.

Meanwhile, Melanie C is on course for her first Top 10 single since 2005 with Loving You. The Spice Girl’s duet with Matt Cardle is at Number 10 on today’s Update. This week’s new entries are completed by Tich, who is currently at Number 35 with Obsession.