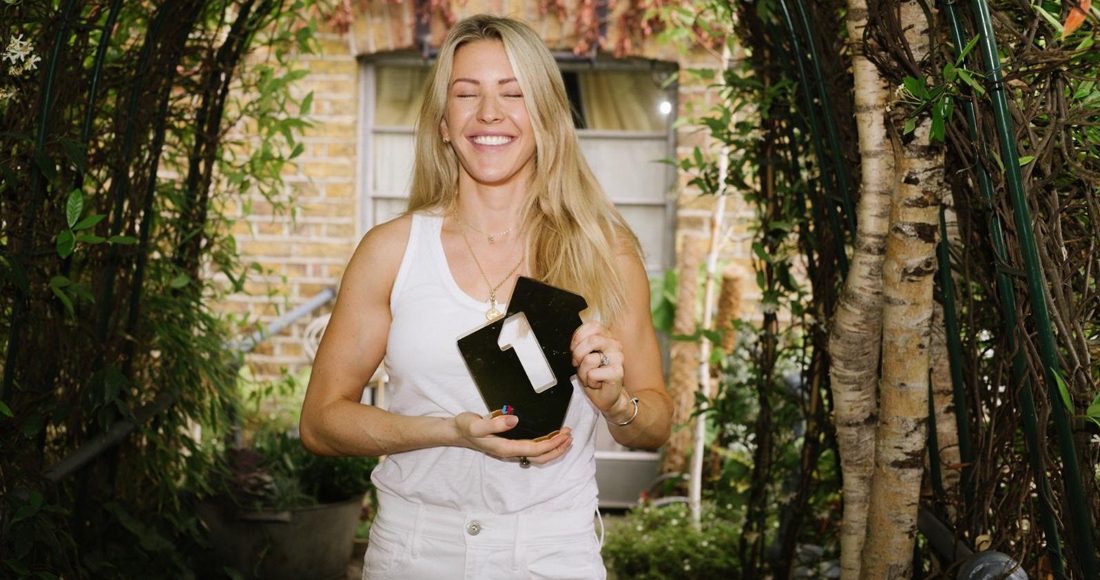 Ellie Goulding shines at the top of this week’s Official Albums Chart as her new album Brightest Blue debuts at Number 1.

Watch Ellie's friends and family surprise her with news of her Number 1 album below:

Brightest Blue is Ellie’s third album to reach the summit; her debut Lights landed at Number 1 in 2010 and follow-up Halcyon hit the top in 2014. Her third album Delirium also made the Top 3 in 2015, peaking at Number 3. View Ellie Goulding’s complete Official UK Chart history here.

Four more new releases land inside this week’s Top 10: The Chicks’ first album in 14 years Gaslighter enters at Number 5 and is their highest-charting ever in the UK, while a 40th anniversary reissue of Joy Division’s Closer is at 6, matching its original 1980 peak.

Neo-soul singer Lianne La Havas claims her third Top 10 album with her self-titled collection at 7, and Lancaster rock band Massive Wagons score their first Top 10 with House of Noise at 9.

Outside the Top 10, Jarvis Cocker’s new project JARV IS opens at 11 with Beyond the Pale, and former Westlife and Boyzone members Brian McFadden & Keith Duffy are at 12 with Strings Attached, their first album as duo Boyzlife.

Further down, Drill rapper Unknown T lands his first Top 40 album with Rise Above Hate at 14; David Bowie supergroup Tin Machine are at 27 with a reissue of their 1991 album Tin Machine II; The Pretenders chalk up a 14th Top 40 album with Hate For Sale at 29; US rapper and comedian Oliver Tree is at 36 with his debut album Ugly Is Beautiful.