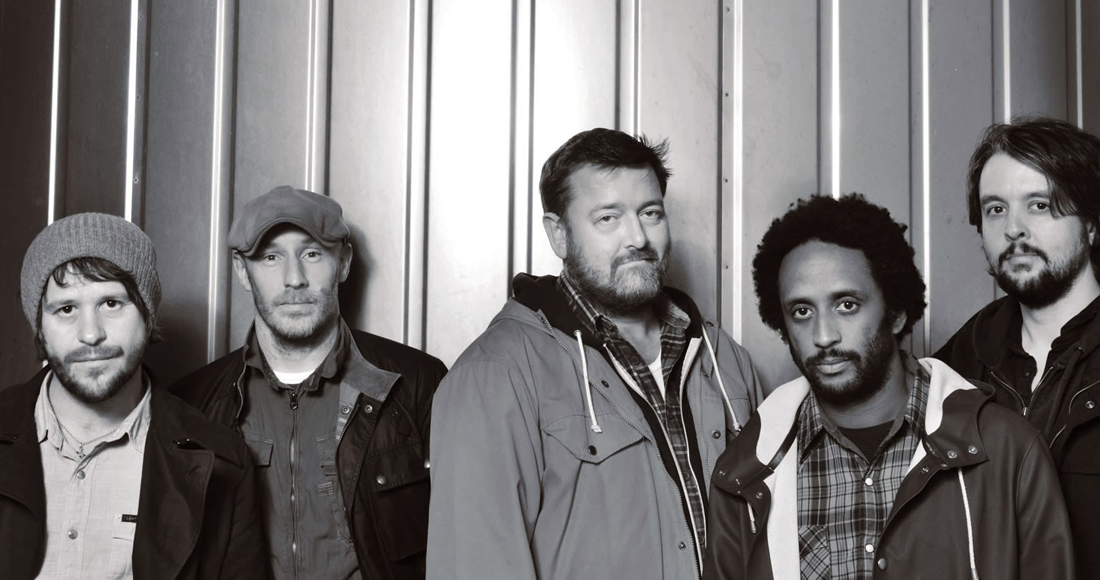 Could Elbow be on track for their first ever Number 1 album this weekend? Or will Paloma Faith take the top spot on Sunday?

Pharrell Williams’ reign at the top of the Official Albums Chart looks set to come to an end after just one week. The US singer/songwriter and producer has been usurped by Guy Garvey and co who lead this week’s albums race with their latest works - The Take Off And Landing Of Everything, while Paloma Faith's A Perfect Contradiction snaps at their heels in second place on today’s Official Chart Update.

Elbow are currently ahead by a margin of nearly 6,500 copies over Paloma Faith (Number 2) at this midway stage.  Despite being a household name here in the UK, with several Mercury Music Prize, Ivor Novello, NME and BRIT Awards under their collective belt, as well as writing and performing the BBC’s official theme song to the London 2012 Olympic Games, surprisingly, this would be Elbow’s first ever Number 1 album on our shores, should they maintain their lead through to Sunday. The group’s previous highest charting album was 2011’s Build A Rocket Boys!, which peaked at Number 2.

Pharrell Williams’ G I R L slides to Number 3 today, while Arctic Monkey’s AM climbs one place to Number 4.  Metronomy round off today’s Top 5 with their fourth album Love Letters, which is new in at Number 5.

In addition to Elbow’s The Take Off And Landing Of Everything (Number 1), Paloma Faith’s A Perfect Contradiction (2) and Metronomy’s Love Letters (5) there are eight other new entries on today’s Official Albums Chart Update.

Dr Hook’s new Best Of collection, Timeless, enters at Number 12, while Brighton-based metallers Architects are on course to score their highest charting album to date with Lost Forever/Lost Together (13).

There are a cluster of acts set to make their Official Albums Chart debuts this weekend: after several well-received mix tapes, East London MC Ghetts is new in at Number 17 today with Rebel With A Cause. Pop rockers Room 94 (not to be confused with last week’s Official Singles Chart-topper Route 94) are at 18 with No Strings Attached, while Staffordshire singer/songwriter Dan Croll is at 19 with Sweet Disarray.

This week’s new entries are completed by The Classic by Joan As Police Woman (27), Neontwang by The Twang (31), and Ronnie Lane and Slim Chance’s retrospective collection, Ooh La La: An Island Harvest (33).