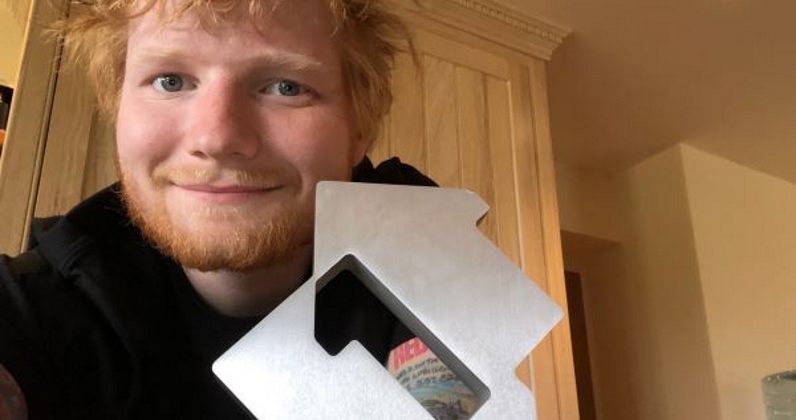 Ed Sheeran holds on to his chart crown for another week as his latest single Take Me Back To London notches up a fifth week at Number 1 on the Official Singles Chart.

The track, which features Stormzy and has been remixed by Sir Spyro with added guests Jaykae and Aitch, easily claims another week at the summit with 53,000 chart sales, finishing 14,000 ahead of his closest competitor.

Look back over every Official UK Number 1 single ever

Two tracks make their first Top 10 appearance this week: Regard's viral-turned-chart hit Ride It leaps six places to Number 5, while Tones & I jumps seven spots to Number 7. The Australian singer-songwriter set a new chart record in her home country this week for most weeks at the top on the ARIA Singles Chart by an Australian female solo artist, breaking a 32 year record previously held by Kylie Minogue’s Locomotion.

MORE: Who is Regard, the 'Ride It' DJ climbing the charts?

Further down, there are new peaks for Jorja Smith's Be Honest ft. Burna Boy - up two to 16 - and Dermot Kennedy's Outnumbered, up three slots to 17. Dave's Professor X is up five to 19 and Lil Nas X's Panini lifts two to 21.

Two singles make their Top 40 debut this week: Lizzo's Good As Hell vaults 35 places to Number 23, and Tiesto & Mabel's God Is A Dancer is the week's highest new entry at Number 37.