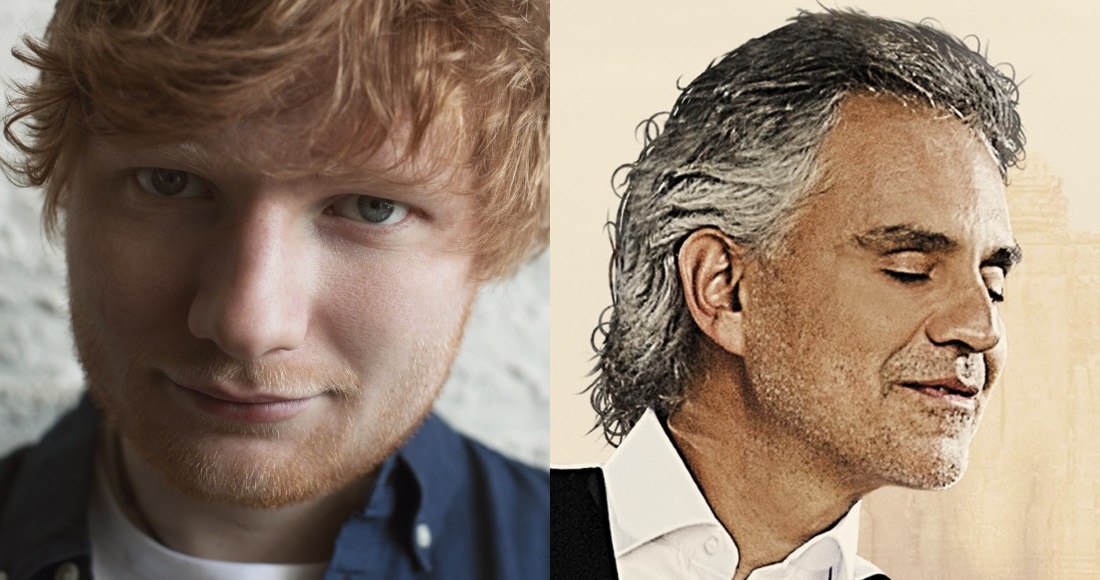 Ed Sheeran is one of the leading names in the race for the Christmas Number 1 this year, and he has one final trick up his sleeve that he hopes will help him clinch the coveted #XmasNo1 spot.

Ed is currently celebrating Perfect becoming his fourth Number 1 single, which reached the summit after an incredible 22 non-consecutive weeks in the Top 40.

Several versions of the song are currently available, including the original, an acoustic recording, remixes from Mike Perry and Robin Schulz, and most recently, a duet version featuring Beyoncé, the latter of which skyrocketed the song's popularity last Friday to earn Ed a second Number 1 smash of 2017. Now, Ed is releasing another collaborative version this Friday.

"I do have one more trick up my sleeve," Ed explained on last Friday's Official Chart Show with Mistajam on BBC Radio 1. "It's not like a Beyoncé trick, but it's quite a cool trick. "This next one, no-one's expecting. It's more for my dad's generation. It'll be out in a week. You'll see then."

It was then revealed on US TV over the weekend that operatic tenor Andrea Bocelli will be sharing the mic with Ed on the latest version, which Ed believes will interest an older audience. The new duet will be released this Friday, December 15.

Speaking to the Today show, Ed confirmed: "I've got an Italian operatic version with Andrea Bocelli coming out. It's just kind of a little present for Christmas. It's a really beautiful video that comes with it."

Ed's fourth UK chart topper is also a record-breaker. No other song has spent longer on the Official Chart before reaching Number 1 than Perfect, and Ed breaks his own 19-week record set by Thinking Out Loud as an extra cherry on top. Click here to view Ed's complete UK chart history.