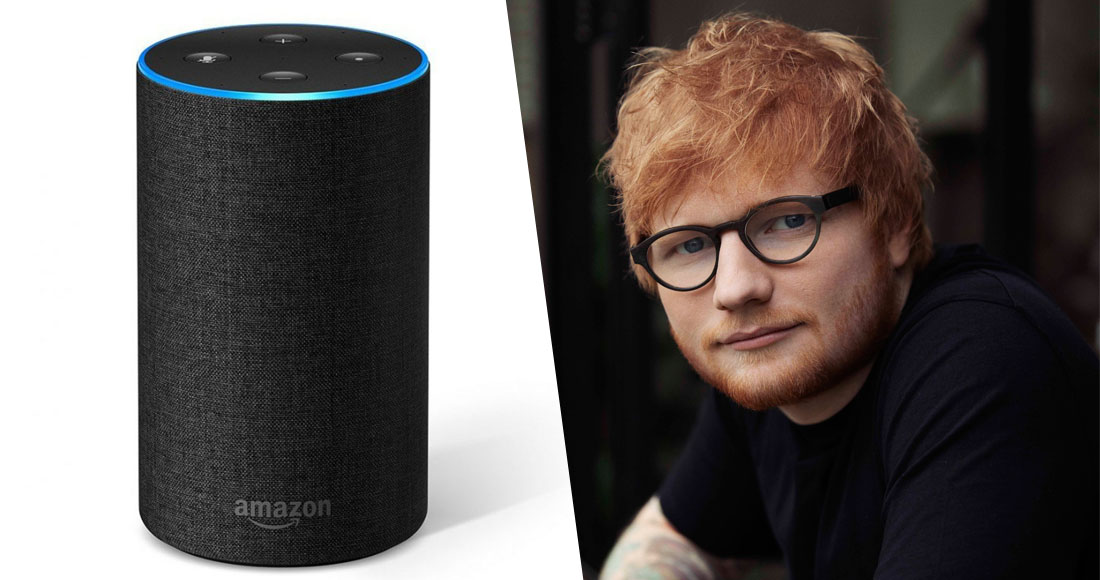 Ed Sheeran's Number 1 single I Don't Care has been re-worked as a collaboration with Alexa, the voice of Amazon's Echo.

Ed is all about duets at the moment; his new album No.6 Collaborations Project - released today (July 12) - sees him team up with some of the biggest names in music, including Bruno Mars, Cardi B and Eminem.

To celebrate its release, the collection's lead single I Don't Care ft. Justin Bieber, has been re-worked. Gone is Justin and in is the voice of Amazon's Alexa. Just ask your Echo to duet with Ed Sheeran and you'll hear this:

Plays of the new remix of I Don't Care will count towards its chart position. The track debuted at Number 1 on the Official Singles Chart in May and has spent eight weeks at the summit.

Ed's No.6 Collaborations Project is expected to make a big impact on the Official Albums Chart. Stay tuned to OfficialCharts.com - we'll be keeping you updated with how its performing across the week.