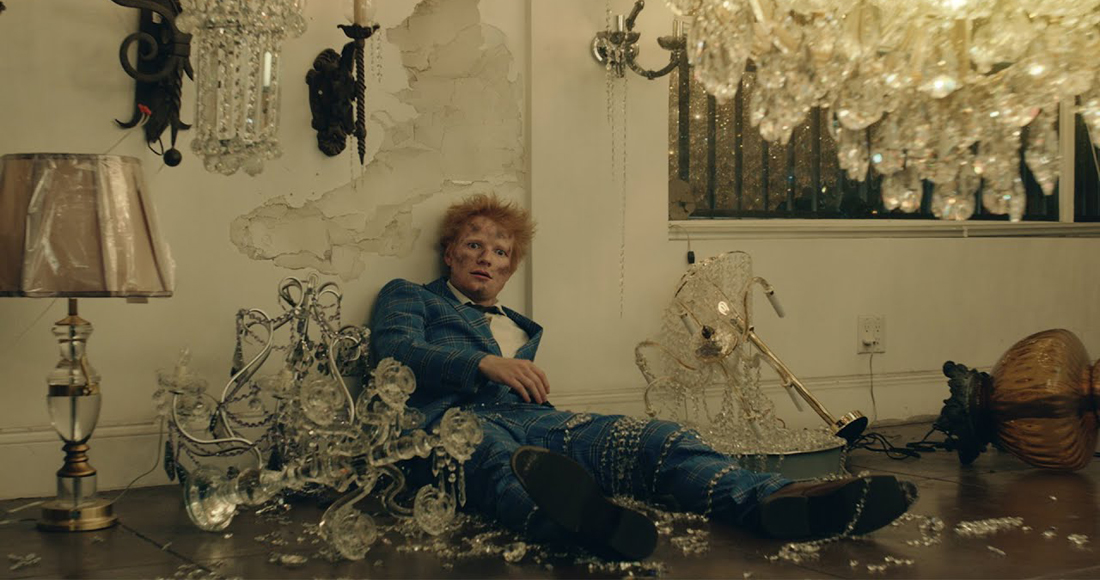 Ed Sheeran is set to replace himself at Number 1 following the release of Shivers, the latest dance-pop influenced single from his upcoming album =.

With this new single already over 10,000 chart sales ahead of its predecessor Bad Habits (2) – which has so far spent 11 consecutive weeks atop the Official Singles Chart – will it be enough of a lead to topple Bad Habits and become Ed’s 11th UK Number 1?

Elton John & Dua Lipa could fly into this week’s Top 5 with Cold Heart (PNAU Remix), which lands at Number 4 on today’s First Look. If it holds on it will mark Elton John’s 32nd Top 10 hit in the UK and Dua Lipa’s 12th.

Central Cee starts the week strong with new single Obsessed With You (11). This latest offering from the drill rapper samples Pinkpantheress’ recent Top 40 single Just For Me.