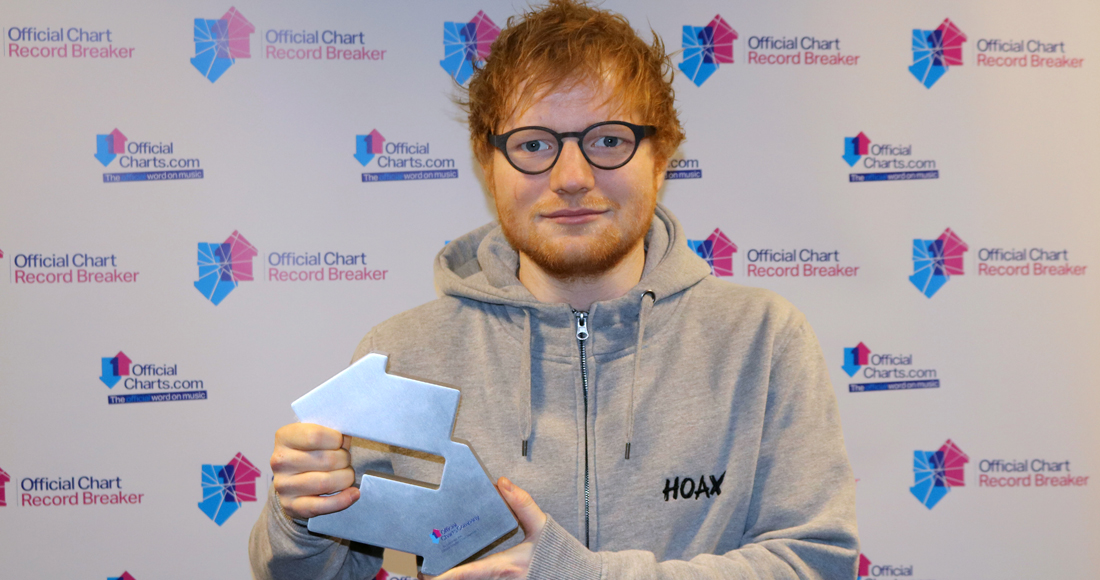 Ed Sheeran has delivered the biggest comeback since Adele with a double record-breaking week on the Official Singles Chart, as his two new singles Shape of You and Castle on the Hill enter at Number 1 and 2, a first for any artist, and sets a new UK streaming record in the process.

Shape of You becomes Sheeran’s third Number 1 single, following 2014’s Sing and Thinking Out Loud, while Castle on the Hill enters at 2. Look back at Ed Sheeran’s complete Official UK Chart history here.

The feat sets a new record on the Official Chart – no other artist has entered at positions 1 and 2 on the chart with new tracks.

Commenting on the record-breaking success of both songs, Sheeran told OfficialCharts.com:“I’m incredibly chuffed that they’ve gone straight in at Number 1 and 2 today. Both tracks mean a huge amount to me so it really is amazing to see them go to the top of the chart together on the first week. I can’t wait for everyone to hear the rest of the album in March!” 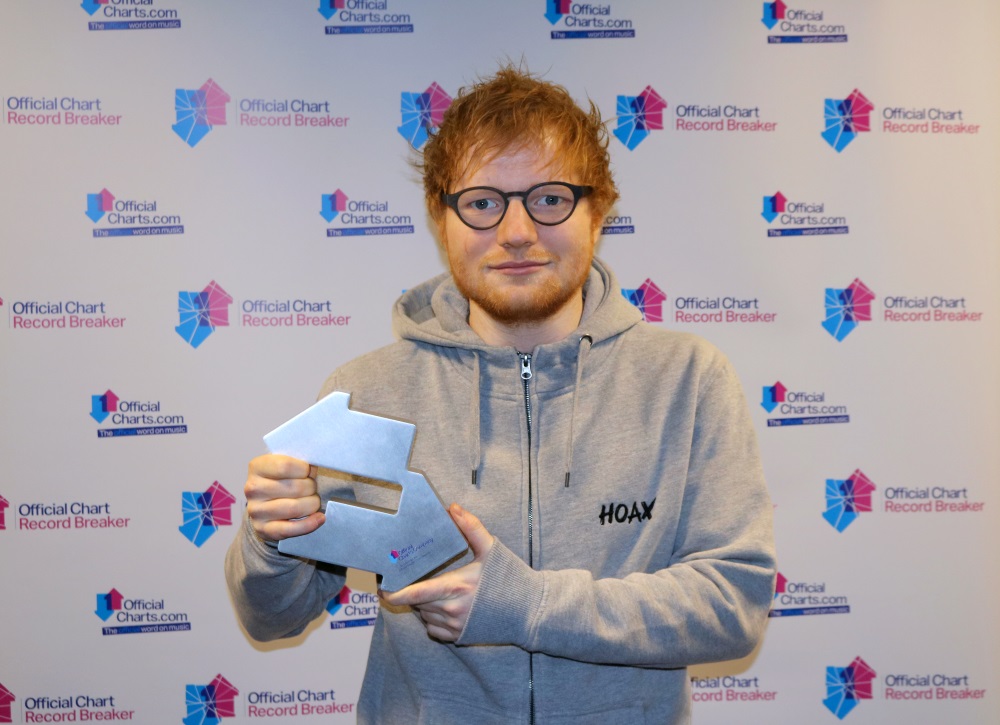 Ed has bagged the biggest opening week for any artist since Adele’s record-breaking return in November 2015 when she shot straight to Number 1 with 332,000 combined sales of Hello, while Ed has racked up a staggering 421,000 across his two new releases over the past seven days.

Shape Of You and Castle on the Hill have both performed strongly on downloads and streaming, with both songs individually smashing the one-week streaming record previously held by Drake’s One Dance, which racked up 8.9 million plays in one week last summer.

Elsewhere on this week’s Official Singles Chart, three songs soar into Top 10 for the first time: September Song by rising British star JP Cooper jumps nine places to 7, Call On Me by Australian singer-songwriter Starley shoots 18 spots to 8, and Jax Jones & Raye’s You Don’t Know Me vaults 24 to Number 9.