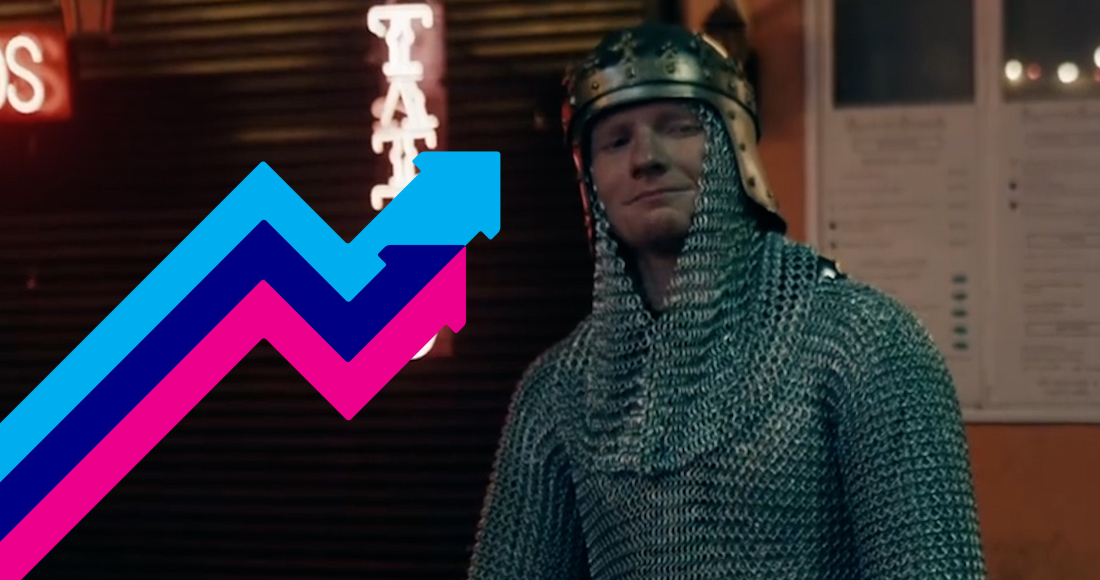 Ed Sheeran’s new single Shivers, the third track from his upcoming album =, goes straight in at the the top of this week’s Official Trending Chart.

The song, which serves as the second single proper from his new record, is heading for Number 1 on the Official Singles Chart this Friday, too – facing off against Sheeran’s own Bad Habits, which has so far enjoyed 11 weeks at the top.

The song’s video, which stars actress AnnaSophia Robb opposite Ed, has already racked up 11.4 million views globally at time of writing. In the UK only, the song in total was streamed 1.8 million times across audio and video platforms in the first three days of its release.

Elsewhere, Central Cee’s Obsessed With You, which clocks in at just 1 minute 48 seconds, is a big new trending hit, as is Drake’s Right Said Fred-interpolating Way 2 Sexy ft. Young Thug & Future – both tracks are eyeing up Top 40 debuts on the Official Singles Chart.

Singer Mimi Webb is also making waves with new single 24/5, the latest single from her newly-announced EP Seven Shades of Heartbreak, as is drill rapper Digga D with his latest track 2k17 - both are on course for Top 40 debuts this Friday. Dermot Kennedy’s recent single Better Days is still on the rise and could finally reach the UK Top 40 this week.

Willow Smith & Tyler Cole’s band The Anxiety land in the Official Trending Chart this week with Meet Me At Our Spot, a song from their 2020 self-titled album that recently went viral on TikTok.

Finally, US singer and songwriter Justus Bennetts is enjoying a big first week with Bad Day; the 21-year-old posted a teaser of the song on his TikTok account at the end of August, which catapulted into 2 million views overnight, and currently sits at 20 million views.