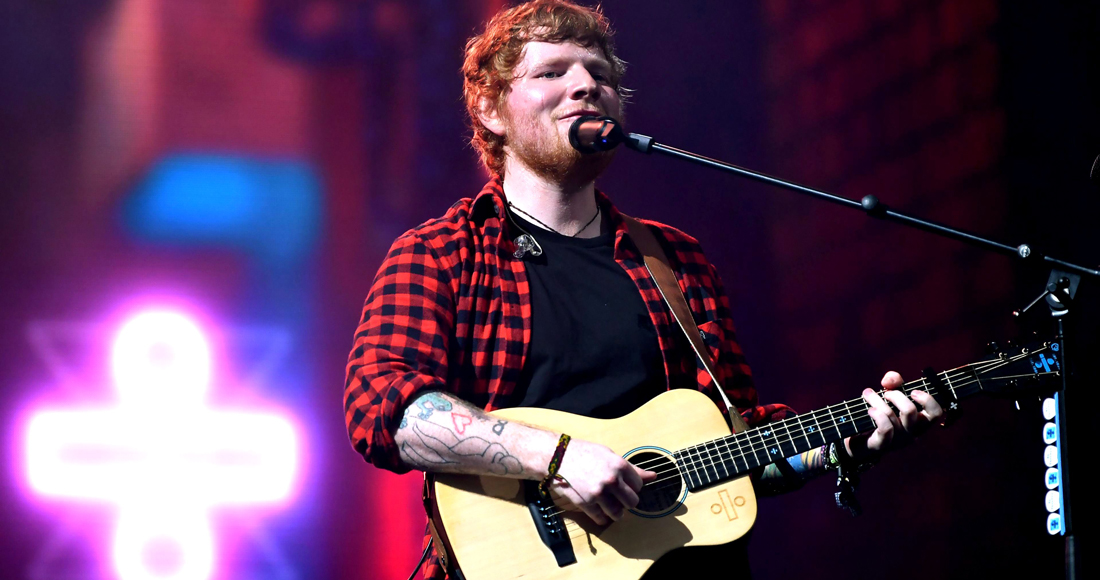 After wowing 100,000 festival-goers at Glastonbury last weekend, Ed Sheeran’s ÷ has reclaimed the top spot on this week’s Official Albums Chart.

The album jumps from 2 to 1 to log a 12th week at the summit, beating fellow Glasto headliners Radiohead with their new 20th anniversary reissue of OK Computer, which enters at 2.

Other acts enjoying a post-Glasto boost are Foo Fighters, whose Greatest Hits returns to the Top 10 for the first time since its 2009 release at Number 6, and The Bee Gees’ new retrospective Timeless lands at 9 following Barry Gibb’s ‘legend’ slot.

Elsewhere, US rock band Imagine Dragons land their third Top 5 album with Evolve at Number 3, a reissue of Prince & The Revolution’s Purple Rain is new at 7, and DJ Khaled lands his first Top 40 album in the UK – his tenth studio album Grateful is new at 10.

Further down, Adele’s 25 lifts 18 places to 26 in the midst of what could be her last ever shows at London’s Wembley Stadium (check out her Official Top 10 biggest non-singles here), blues guitarist Joe Bonamassa enters at 30 with Live At Carnegie Hall,and The Killers’ Direct Hits is back in the Top 40 at 40 ahead of their sold out show at London’s Hyde Park.

Look back through every Official UK Number 1 album of 2017 so far: