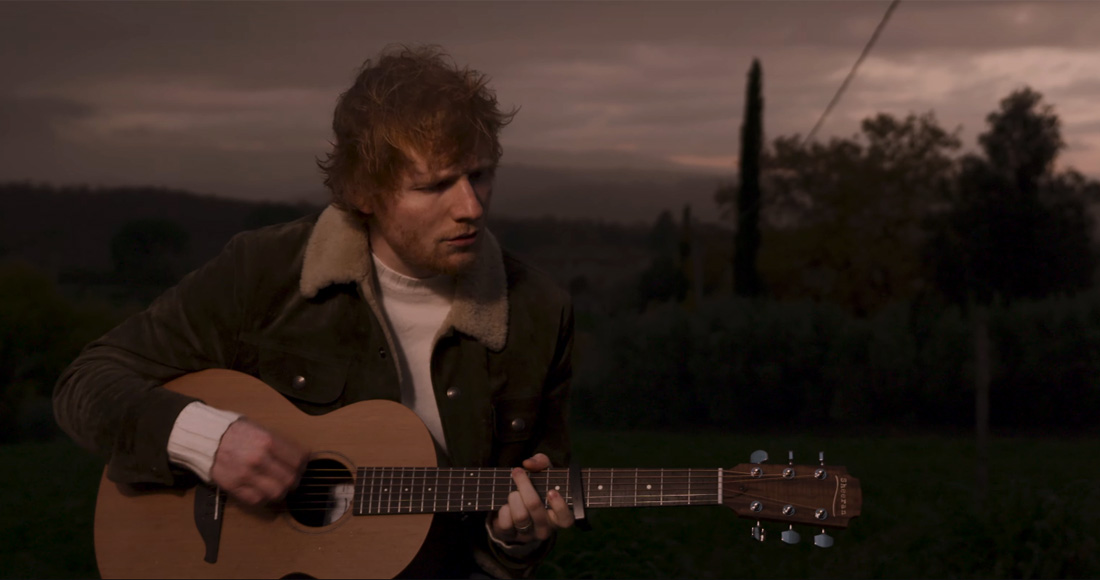 Announced by Sheeran on Instagram less than 24 hours before its release last night (Dec 20), The Afterglow - out now - is a one-off release described as "a Christmas present" that won't feature on his next album.

Writing on Instagram, Sheeran said: "Hey guys. Afterglow is a song I wrote last year that I wanted to release for you. It’s not the first single from the next album, it’s just a song I love, and hope you love too. Enjoy ! Have a safe and happy festive break and New Year’s. Back to dad land for me now, ciao x".

The release of Afterglow this week makes it a contender for this year's Official Christmas Number 1, which is announced this Friday (Dec 25).

LadBaby's new single Don't Stop Me Eatin' is currently leading the race for the festive top spot, while Jess Glynne's This Christmas, Mariah Carey's All I Want For Christmas Is You and Wham's Last Christmas are all in the running.