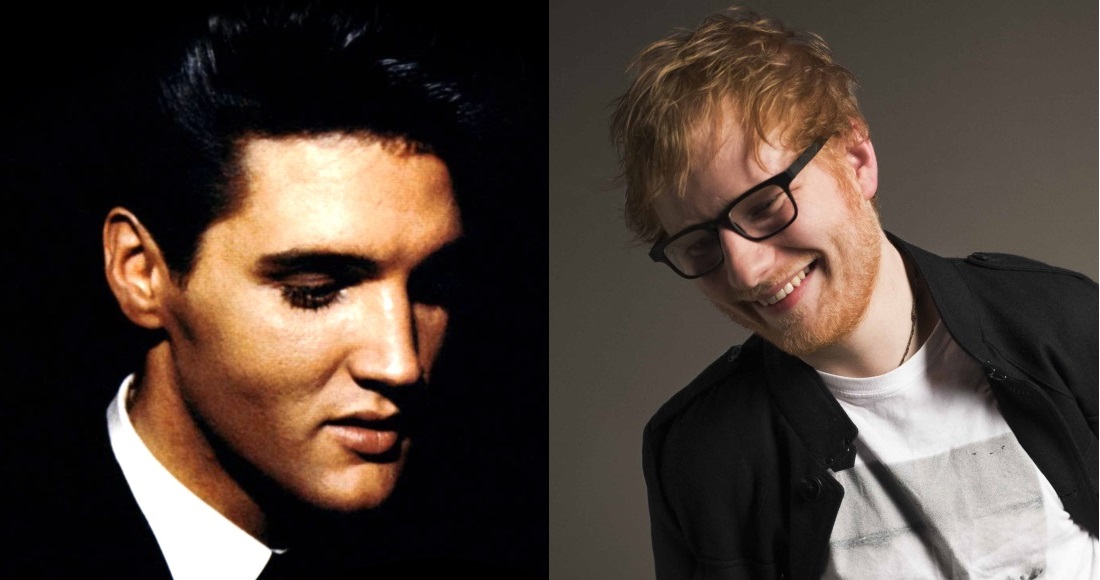 The Top 2 on this week’s Official Albums Chart were separated by just 35 combined sales, and it is Ed Sheeran who scoops his 16th (non-consecutive) week at Number 1, denying Elvis Presley an extension of his Official Chart record.

Ed’s third studio album ÷ and reissued Elvis compilation The 50 Greatest Hits were neck-and-neck all week, but Ed has pipped Elvis to the post at the final whistle.

Elvis’ collection, re-released in commemoration of the 40th anniversary of his death, reaches a new peak of Number 2 following its previous best of Number 8 achieved in 2000.

Elvis holds the record for the most Number 1 albums ever achieved by a solo artist; he topped the Official Albums Chart last year with his 13th Number 1 album The Wonder Of You, his collaborative collection with the Royal Philharmonic Orchestra.

Elsewhere in this week’s Top 5, the late Glen Campbell drops to Number 3 with Adios, Kesha scores her highest charting album ever in the UK with Rainbow at Number 4, and Rag’n’Bone Man’s huge album Human falls one place to Number 5.

YouTuber dodie achieves a personal best on the Official Chart with her new EP titled You, debuting at Number 6 today. Her debut EP, Intertwined, peaked at Number 35 last November.

The Cribs’ new album, 24-7 Rock Star S**t, enters at Number 8, while Grime star Chip scores his third Top 20 album, and first since changing his name from Chipmunk – League Of My Own II bows at Number 12.

Mansun vocalist Paul Draper enters at Number 19 with his debut solo album Spooky Action, and finally, guitarist Richard Thompson hits the Top 40 for a tenth time in his career with Acoustic Classics II at Number 24.