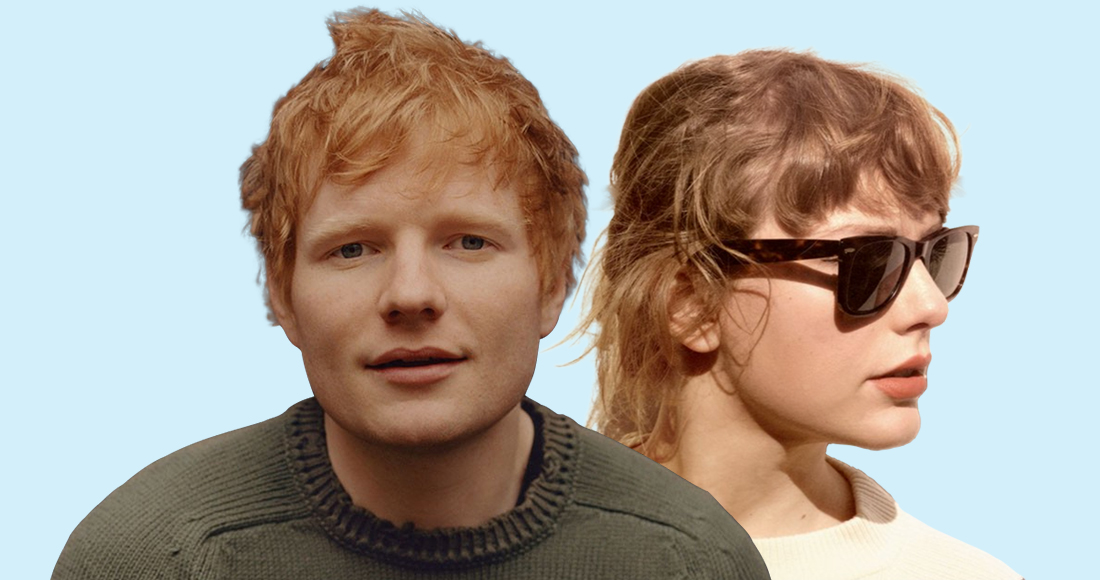 Ed Sheeran claims the highest new entry on this week’s Official Singles Chart with The Joker and the Queen at Number 2.

The track receives a dramatic uplift following the release of a new single mix featuring none other than Taylor Swift, and Ed’s performance of the track at last week’s BRIT Awards

Several other tracks performed live at the O2 Arena last week also gain traction on the Official Singles Chart; including Sam Fender’s Seventeen Going Under rising one spot to Number 6, Ed’s own Bad Habits jumping to Number 18 after a live performance with Bring Me The Horizon and Adele’s I Drink Wine becoming this week’s highest climber, vaulting 52 places back into the UK Top 40 at Number 23. Check out the BRIT Award 2022 winners in full here.

MORE: Foxes will join The Record Club to discuss new album The Kick

The Encanto cast settle in for a fifth week at Number 1 with I Don’t Talk About Bruno, which extends its lead as the longest-running Number 1 of the year so far. Two more songs from Encanto still dwell in the Top 10 too – Jessica Darrow’s Surface Pressure drops to Number 4, while The Family Madrigal rises to Number 8.

Elsewhere in this week’s Top 10, Irish DJ duo Belters Only reach a new peak of Number 7 with Make Me Feel Good ft. Jazzy, while D-Block Europe and Central Cee rebound to Number 9 with Overseas, and Luude ft. Colin Hay re-enter the Top 10 with their re-working of Men At Work’s former Number 1 track Down Under, now back at Number 10.

US singer and actor Dove Cameron earns her first-ever UK chart entry today, with Boyfriend debuting on the Official Singles Chart at Number 14, the alt-pop track had its release pulled forward after a snippet went viral on TikTok. Tiesto and Ava Max also continue to make gains, with The Motto rising three to a new peak of Number 19.

Central Cee scores another entry on the Singles Chart, with new single Khabib debuting at Number 22, marking his 10th UK Top 40 hit and fourth in 2022 already.

George Ezra hits a new peak with his single Anyone For You, stepping up four places to Number 26, while Jax Jones and MNEK’s Eurodance-inspired bop Where Did You Go? vaults 10 spots for a new peak at Number 30.