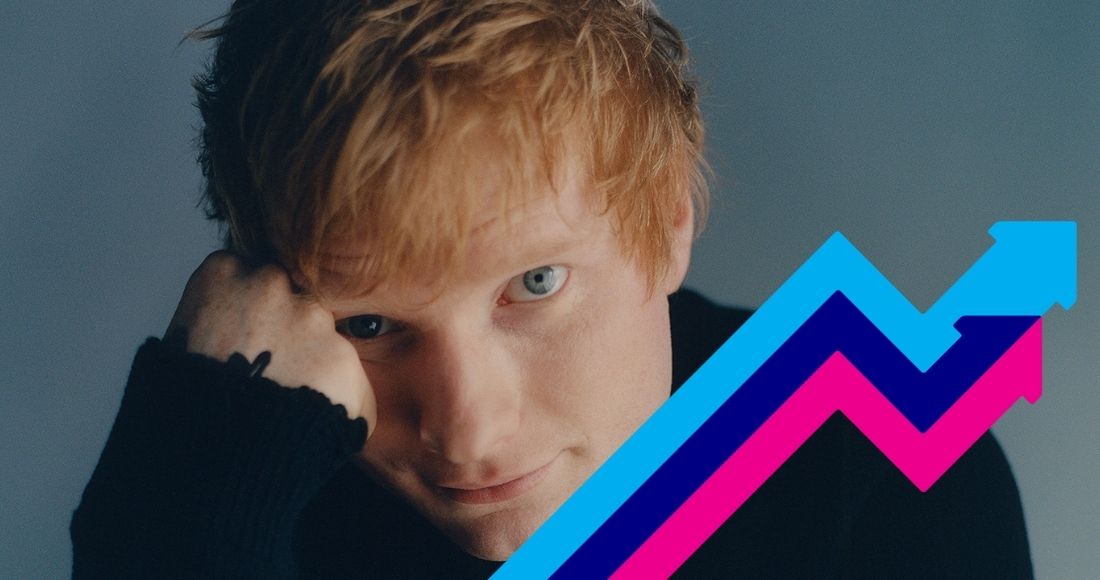 Ed Sheeran has ascended to the top of the Official Trending Chart with his latest single, 2step.

The latest hit from Ed's blockbuster =, 2step has spent weeks on an upward trajectory up the Official Singles Chart - and is this week all set to break into the Top 10 for the first time. It would become Ed's mammoth 38th Top 10 hit in the UK if so.

2step's journey towards the UK Top 10 has been helped in part by the release of several remixes, featuring a varied roster of artists. These include a single mix with US rapper Lil Baby, another with UK rap star Potter Payper and the latest being an Irish-focused remix featuring vocalist Denise Chaila, who is currently supporting Ed on his sold-out UK arena tour.

As it stands, six tracks from Equals have landed a spot in the Top 10; Number 1 hits Bad Habits and Shivers, alongside The Joker And The Queen (2), Overpass Graffiti (4) and Visiting Hours (5). Initially a non-single, Afterglow also hit the Top 10 in 2021 (2), and was recently subsumed into the Equals tracklist for the first time on its newly-issued Tour Edition.

The highest new entry on the Trending Chart this week belongs to Calvin Harris and Dua Lipa, who have teamed up once again for Potion, the lead single from Calvin's upcoming Funk Wav Bounces Vol. 2, which also features Young Thug.

This week two tracks could also rise more than 20 slots on the Official Singles Chart; Lady Gaga's dramatic power ballad Hold My Hand gets a steady uplift from the release of Top Gun: Maverick in cinemas, and legendary producers Chase & Status are on the rise with Mixed Emotions.

Liam is aiming for chart glory with his third solo album C'Mon You Know later this week, get the low-down on his progress to what could be his fourth solo Number 1 LP here.

Check out this week's Official Trending Chart Top 20 in full below, and be sure to experience it in full in our dedicated Spotify playlist above.