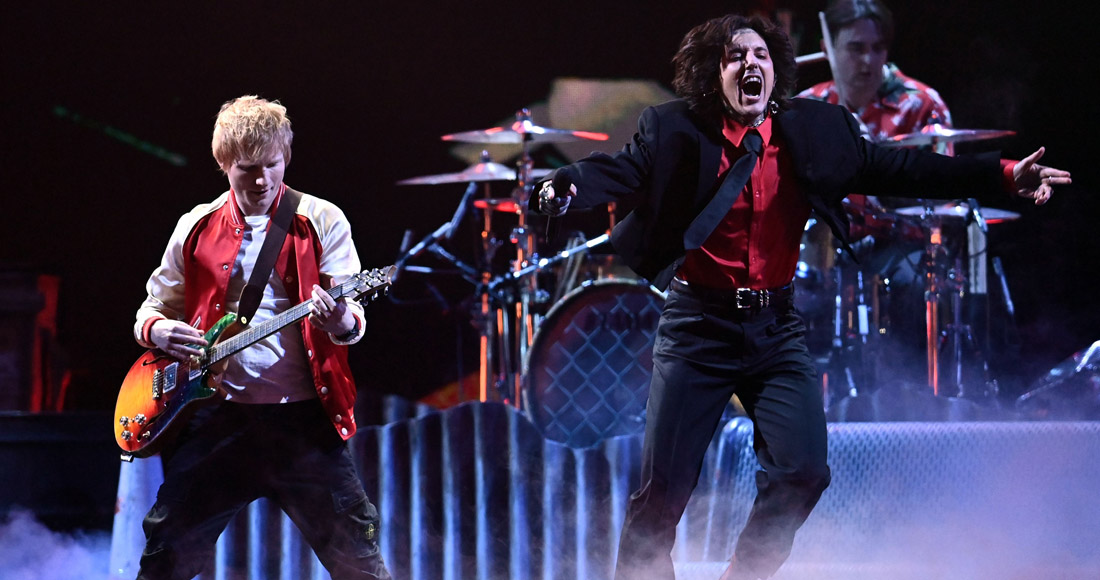 Ed Sheeran has announced that a new remix of Bad Habits featuring Bring Me The Horizon will be released this Friday (February 18).

Ed and BMTH frontman Oli Sykes opened last week's BRIT Awards 2022 with the screamo-influenced new take on the Number 1 single, and it looks like fan reaction from the performance has warranted an official release.

Posting a video to his socials, Ed can be seen video-chatting to Oli who says that "[the performance] was insane, there's so many people asking for a studio version."

"We have to get one out," Ed replies. "People are really liking it."

This new Bad Habits remix comes at a very busy time for Ed - who has also just dropped a new single featuring none other than Taylor Swift.

The Joker and the Queen was also performed at last week's BRIT Awards ceremony, and was released with special new vocals featuring Taylor - with a music video calling back to their 2012 single Everything Has Changed. It's currently on track to become this week's highest new entry on the Official Singles Chart.

The original version of Bad Habits, heavily inspired by synth-pop, was the biggest single of 2021 in the UK. It topped the Official Singles Chart for 11 weeks, becoming the longest-running Number 1 of 2021, and Ed's 10th Number 1 single (he now has 13).