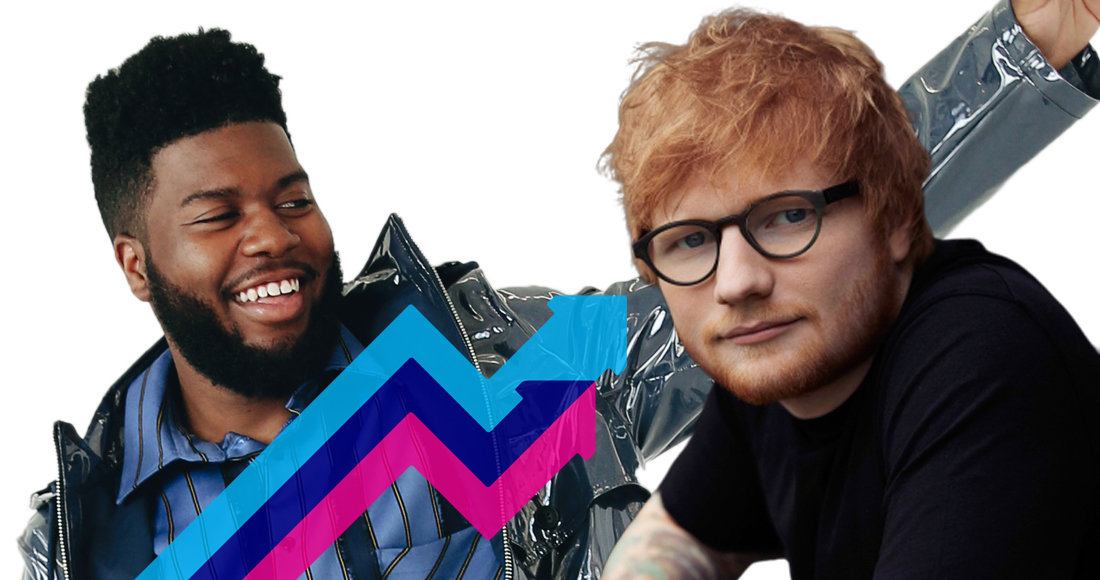 Ed Sheeran and Khalid claim the Number 1 spot on this week's Official Trending Chart as their new single Beautiful People sets course for a big debut.

Ed's latest collaboration from his upcoming No.6 Collaborations Project is his third trailer from the album ahead of its release on July 12. The song is on course to be this week's highest new entry on the Official Singles Chart, currently at Number 3 in the latest sales flash.

In fact, it's very possible Ed could have three songs in this week's Official Top 5: I Don't Care is holding on at Number 1, and Cross Me ft. Chance The Rapper and PnB Rock is at 4.

Ed's No.6 Collaborations Project features a mammoth 22 collaborations across 15 songs, including Camlia Cabello and Cardi B on South of the Border, and Eminem and 50 Cent on Remember The Name.

Elsewhere on the latest trending Top 20, Sigala & Becky Hill's Wish You Well and Mabel's Mad Love feature as they set course for a hike into the Top 10 - the latter could earn the London singer her third Top 10.

New singles released last Friday (June 28) that are already proving popular are Chris Brown's Don't Check On Me ft. Justin Bieber and Kid Ink, Ellie Goulding's Hate Me with Juice Wrld, and Kygo's Higher Love, which features vocals from Whitney's Houston - the first posthumous release by the music icon in seven years. Whitney originally covered the song on the Japanese edition of her 1990 album I'm Your Baby Tonight.