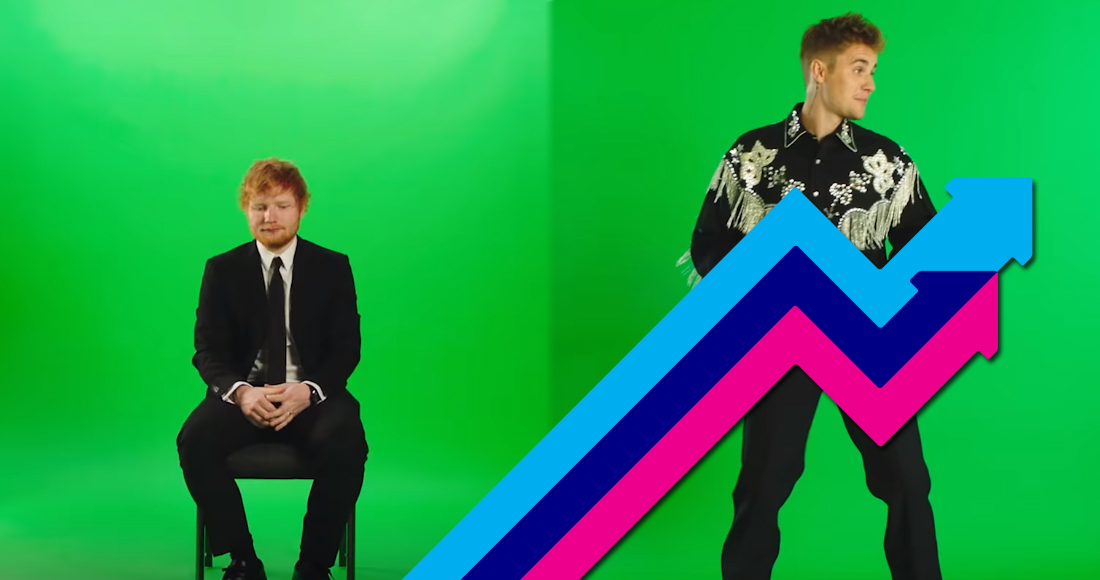 Ed Sheeran and Justin Bieber are both regulars at the top of end of the charts, and their new collaboration I Don't Care looks set to follow suit as it claims the Number 1 spot on this week's Official Trending Chart.

The track, which premiered last week, leads the Top 20 of new songs climbing the Official Singles Chart Top 100 that have yet to chart in the Top 10.

I Don't Care is on course to debut at Number 1 on the singles chart, reporting 4.7 million streams in the UK in the first two days after its release. They've still got a way to go to beat the current record holder for most streams of a song in a single week, held by Ariana Grande's 7 Rings, with 16.9 million plays notched up in seven days back in January.

Meanwhile, Europa - made up of producers Jax Jones and Martin Solveig - feature in second place on the Official Trending Chart as their single All Day and Night edges closer to the Top 10, potentially earning Jax his fifth top tier hit.

Skepta's return is off to a strong start: both songs from his double release Greaze Mode and Bullet From A Gun land in the trending Top 20 are eyeing a Top 40 debut on the singles chart. The rapper's fifth album, Ignorance is Bliss, follows on May 31.