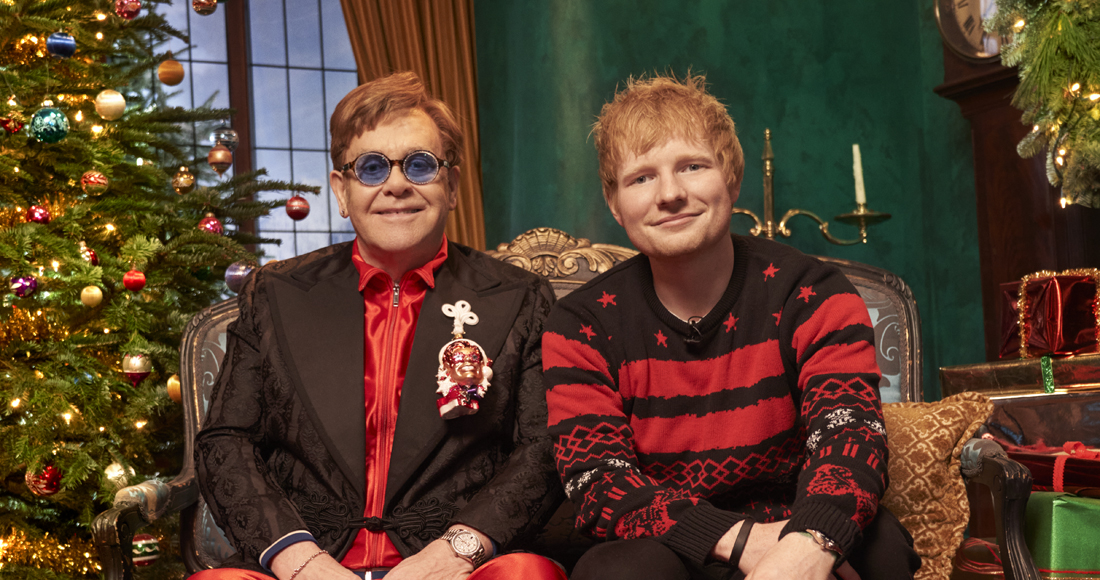 The festive jingle climbs from 3 to 1 on this week’s Christmas Chart, seeing off competition from a flurry of festive classics in this week’s Top 10 – including Last Christmas by Wham! At 3, Mariah Carey’s All I Want For Christmas Is You at 4, and The Pogues’ Fairytale Of New York at 5.

Merry Christmas earns Ed his ninth Number 1 single in Ireland (and third in 2021 alone), and Elton his fourth – his first in 24 years, since Candle In The Wind 97/Something About The Way You Look Tonight in 1997.

A rework of Merry Christmas by YouTubers LadBaby (aka Mark and Roxanne Hoyle) – titled Sausage Rolls For Everyone - claims this week’s highest new entry at Number 41. Money raised from the single goes to foodbank charity The Trussell Trust.

Further down, Elton has another two entries in the Top 50: Cold Heart with Dua Lipa at 19, and his 1973 festive single Step Into Christmas at 29. Ed also claims another two spots, with Shivers at 28 and Bad Habits at 35.

While a total of 30 Christmas songs feature in this week’s Top 50, two non-festive numbers hold up in the Top 10: abcdefu by rising star Gayle at 2, and Sam Fender’s Seventeen Going Under at 10.