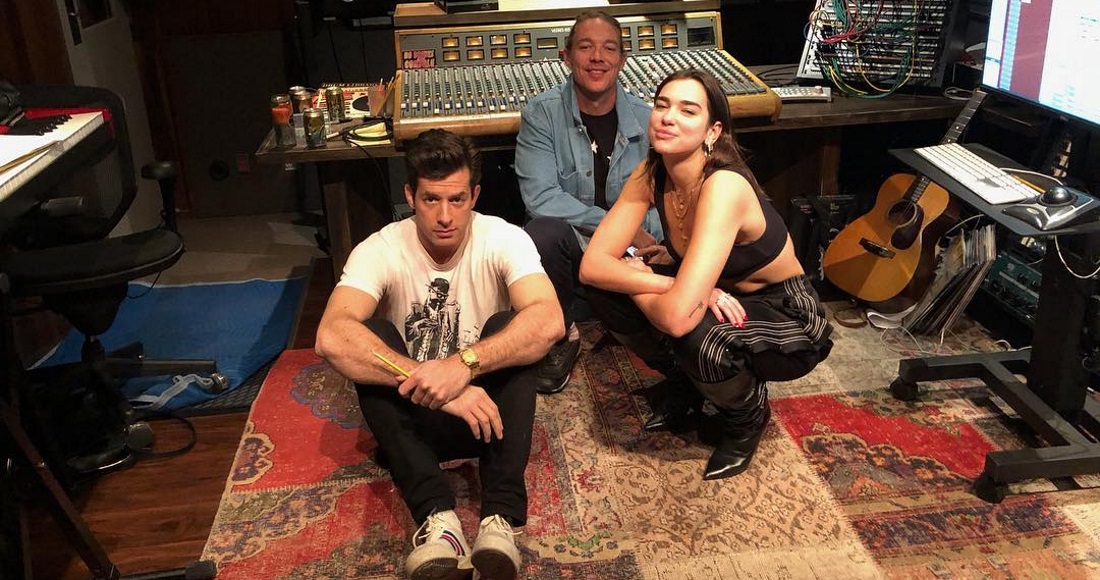 Details of Dua Lipa's upcoming collaboration with Silk City - aka Mark Ronson and Diplo's new musical venture - have been revealed.

Mark and Diplo announced earlier this year they had formed the new duo as a "homage to some of the greatest dance music cities Chicago, London, Paris, Detroit" and teased an upcoming track with Dua.

In an interview with The Times, Mark confirmed the song's title as Electricity and that it was co-written by Florence Welch and Romy from The xx. As pop collaborations go, they don't come much more ideal than this, do they?

The paper describes Electricity as "spiritual piano house music", while Mark praised Dua's vocal talents. "She has this deep, soulful voice that harkens back to gospel house," he said.

Should the song become a huge success, it could become Dua's third UK Number 1, and her fourth chart topper on the Official Irish Singles Chart.

Silk City released their first single Only Can Get Better, which features Daniel Merriweather, in June.

Despite their limited catalogue as a pair, Silk City were confirmed back in March as headliners for this year's Bestival; they're fronting the Dorset festival on Friday, August 3.

Silk City is now Diplo's fourth outfit for releasing music; in addition to being a founding member of Major Lazer, he is a member of Jack U with Skrillex. He also recently launched the supergroup LSD with Sia & Labrinth, plus his solo single Welcome To The Party is featured on the Deadpool 2 movie soundtrack. We recently looked a more supergroups - when the biggest names in pop come together.